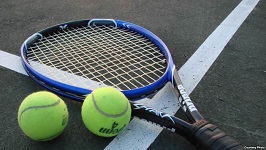 ZIMBABWE – Tennis Zimbabwe administrator Cliff Nhokwara says they are hopeful the 12 players that are set to represent the country at the upcoming zonal qualifiers in Pretoria, South Africa, would book their places at the final event to be held in April.

The zonal tournament scheduled to run from January 9 to 17 is a qualifying event for the African Junior Championships to be hosted by South Africa in April and Zimbabwe will be fielding 12 players — six boys and an equal number of girls — for the event.

They will compete in the Under-12, Under-14 and Under-16 age-groups for both boys and girls with the Under-14s and Under-16s fighting for places at the African Junior championships. Only eight players from the two age-groups in each section will proceed to the championships. The young players will be accompanied by Juliet Sibanda and George Dzinoreva as coaches and they are currently training in their respective basis ahead of their departure for South Africa on January 8.

Zimbabwe has had a number of players progressing to the continental event in the past years and Nhokwara said they have the same expectations this year when they take part in South Africa.

“The team is leaving on the 8th (of January). This is an annual competition and being a zonal event the powerhouse in the Southern Africa is South Africa and we are not far off from their standards. So we hope most of the players will be in the top eight.

“Usually they say the top eight players in each category, that’s the Under-14s and Under-16s, qualify for the African Junior Championships. The finals will be held in April in South Africa,” Nhokwara said.

Nhokwara said they would have wanted the team to compete in their season-opener, the New Winners tournament usually held at Harare Sports Club, which is expected to run from January 6 to 9 but it may be difficult since they are leaving on January 8.

Meanwhile, Nhokwara said they have opened entries for the New Winners tournament and will be closing on January 4 before adding that the response has been low. “We have already opened the entries and will close on the 4th of January. The response is not very good because of the holidays, that’s why we are considering changes for the dates of the New Winners tournament. We are trying to push it to December because usually in January we have problems with the holidays. The first week of January is tricky because most people will be out of town.

“We would also want the players going to the zonals to participate that’s also another reason why we are considering pushing it to December but we will see,” said Nhokwara.

ZIMBABWE - Tennis Zimbabwe administrator Cliff Nhokwara says they are hopeful the 12 players that are set to represent the country at the upcoming zonal qualifiers in Pretoria, South Africa, would book their places at the final event to be held in April. T...
Share via
x
More Information
x