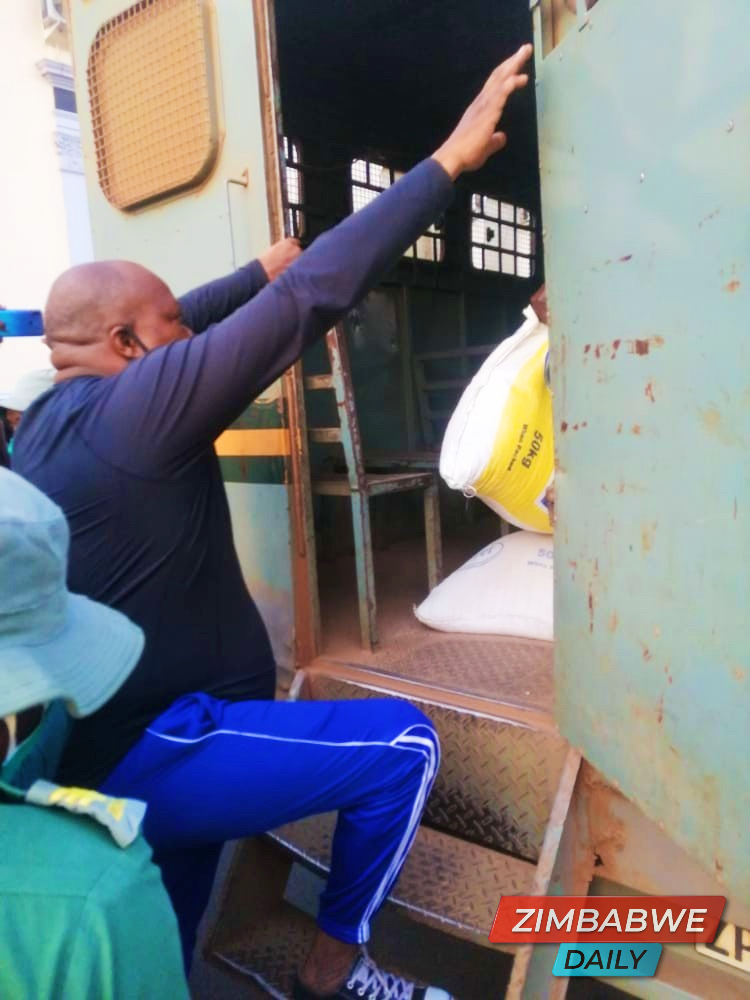 The painful experience of Chikurubi Maximum Prison concentration camp made me to be in contact with my long time colleagues in the struggle Last Maengahama and Cllr Tungamirai Madzokere.

Their story is a sad script. They think we have all forgotten about them. The first day they saw me, Last Maengahama cried uncontrollably.

It had to take time for me to comfort him. He is currently on his 4th and final year study of Bachelor of Religious Studies and Theology Hons with Zimbabwe Open University (ZOU). His first statement was, that, “My brother Hon Sikhala, I am suffering for the crime I did not commit. I was at church the whole day and went home after the service. I don’t know why Bhunu found me guilty.

The video evidence presented by my church UFIC was rejected by Bhunu as doctored evidence and l am praying that Bhunu be blessed.” l was so touched by these words from Mufundisi Maengahama. Everyone now calls him Mufundisi in prison. He has turned into a prayer warrior. With his non assuming, cool character, many prison inmates adore him.

He goes into prayer sessions every morning with a group of inmates after being brought downstairs on the hall where prisoners are kept from 8am to 3pm.

He voraciously read his modules from ZOU and several scripture materials send to him by several well wishers. Is always with his books pen and paper writing points of study.

He interminently play the game of chess with the Commander of 1 Commando Col Mavhima who was Court Martialed to 12 years in prison. He always told me that I feel forgotten as we are suffering without food and supplies. He told me that Hon Tekeshe of Makoni Central was the one who was the pillar of support, bringing food weekly for them and paying his University fees and had stopped abruptly for the reasons he does not know and MDC Alliance constituencies took over in support but were suddenly stopped by the Prison authorities.

Since the prison authorities stopped supplies for them, suffering resumed. I promised Maengahama of continued support as soon as access to them is restored. In honor I left all my blankets I took into Chikurubi Maximum Concentration Camp to Last Maengahama and Cllr Tungamirai Madzokere.

Every time I would come to Court for my case I always made sure that I took some food for them. I undertook to pay Maengahama’s final year fees for his degree and the two years remained for Tunga who is on his third year BSc Hons in Strategic Studies.

When I was leaving prison Mufundisi Maengahama and Bishop Victor Chiminya who was sharing the same cell with me asked to pray for me. On either sides they held my hands and went into a 30 minutes prayer where we ended up all crying. His final words was for me to pass greetings to his Spiritual father Prophet Emmanuel Makandiwa, UFIC members and all Zimbabweans, friends and fore.

Cllr Tungamirai Madzokere is on his 3rd year BSc Hons in Strategic Studies with the same University as Mufundisi Maengahama.

He still has two years to go. I undertook to pay his University fees for the remaining two years. He is jailed in solitary confinement reserved for those people on death row. He stays on the final floor of the prison in solitary prison.

I asked the reasons why he was maltreated to be jailed in solitary confinement on the cell reserved for those on death row. This is the same cells which Gumbura is confined. The explanation given is that, he fought against the prison authorities on the vulnerability of prison inmates to corona virus, as many inmates where contracting and dying from Covid 19.

He demanded protective masks for prisoners and enforcement of social distance in cells than squashed and one on top of the other situation that is currently prevailing at Chikurubi Maximum Concentration Camp.

The authorities then accused him of inciting other prisoners to demand masks and social distancing. They then took him into solitary confinement.

He would demand to be released to meet me twice every week. Shuckled in leg irons and handcuffs he would be brought to the B Hall where I was camped twice every week. I have never seen such strong character like him.

He would spend 3 hours with me at any given time sharing horrific experiences of maltreatment before prison authorities all his long stay in the Concentration Camp. He would bring me books to read, The Prince, by Machiavelli, Thomas Hobbes, Aristotle, We the People authored by a great American scholar Professor Thomas Petterson.

He told me that he is spending most of his time in the solitary confinement reading and studying his degree. He is now so sharp and excessively intelligent on issues. I noticed traits of continous reading in the product he is today.

They gave me the entire record of their case for me to see for myself. I told them that I long read their record as I was the one who wrote the Heads of Arguments on their bail application pending appeal when I was still working at Tendai Biti Law. They said their appeal against both conviction and sentence was heard in March but still wonder why their verdict is not being pronounced up to present.

This issue is depressing them big time. They are waiting for the pronouncement of the judgement. The anxiety is traumatic. I witnessed it by my own eyes.

I promised them that Zimbabweans will never forget them. They are still in the minds of many and people are doing their best to highlight their plight.

BY Hon Job Wiwa Sikhala :Zengeza West MP. The painful experience of Chikurubi Maximum Prison concentration camp made me to be in contact with my long time colleagues in the struggle Last Maengahama and Cllr Tungamirai Madzokere. Their story is a sad script...
Share via
x
More Information
x