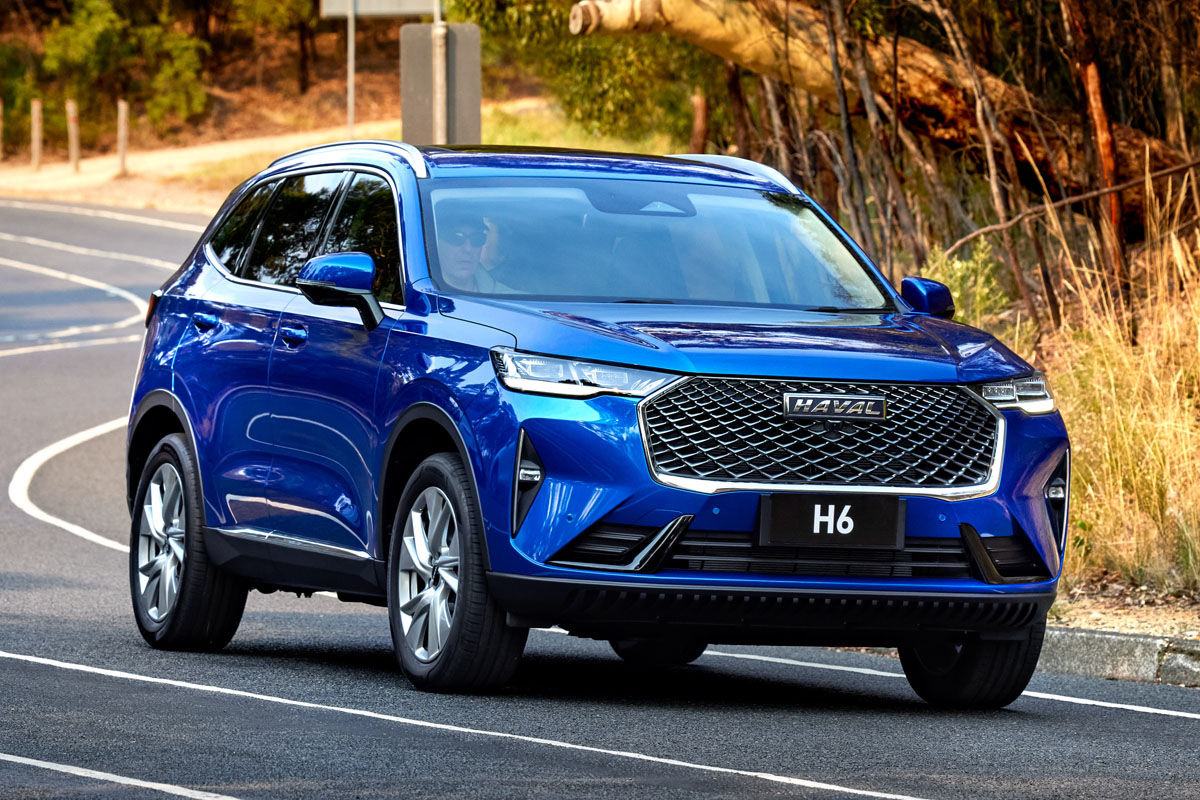 HARARE – GWM Haval group released the second of its LEMON platform-based vehicles, the all new Haval H6 and it will be available before the end of September 2021 in Zimbabwe.

The new Haval H6 is a massive leap forward and I cannot wait to receive my test unit from Zimoco. It will put serious pressure on the medium-SUV segment. If you think the Jolion is a beauty then the all new H6 is exquisite at its best.

Zimoco has been churning out Haval goodies for the past few years now. Putting forth a comprehensive line up that covers the full range of SUV motoring in Zimbabwe. They are now selling more than 30 Havals per month. On the heels of the local introduction of the new Jolion crossover that is set to replace the H2, they will soon pull the wraps off of the brand new H6 that in all honestly makes the outgoing model look like scotch cart in comparison. The Chinese are on a roll.

The first Haval’s arrived in Zimbabwe a few years ago and quickly rose to fame and distinction with vehicles such as the H1, H2 and H9, but it was the first generation H6 that garnered the most attention. Stylish good looks, cutting edge design and technology and a price that made many stand up and pay attention quickly made the H6 the SUV of choice from the Chinese automaker. Unfortunately, we never received the 2nd generation model in Zimbabwe and that is most likely why the new H6 seems like such a massive jump in quality and technology.

Coming from the pen of renowned designer Phil Simmons the new H6 is an absolutely stunning design and incorporates a massive load of technology and refinement. Haval has invested heavily in their new LEMON platform that will underpin most of their new vehicles, giving them the ability to build a number of vehicles off of the same platform.

On the outside the new H6 looks longer and wider than its predecessor and sports the new design language that brings the range in line with global standards. In short, it looks like a high-end luxury SUV instead of a box on wheels. With LED lighting all around, the large mesh grille and familiar looking design cues it all comes together to make a very attractive vehicle.

Opening the door reveals an interior that looks incredibly luxurious with soft touch leather and piano black trims, but it is the very apparent technology that boosts this SUV into its new-found status. The layered dashboard is dominated by the two large screens, one for the infotainment and vehicle controls and one that replaces the old gauge cluster.

The new H6 benefits from a host of new driver assistance and safety systems that bring the H6 in line with EURO standards, Lane Keeping Assist, Blind Spot Monitoring, Traffic Jam assist, and Emergency Braking all now feature onboard.

This new platform is removed from the old model. Similarity is in the H6 name only. I am told the drive is smooth and soft almost too soft at times. The engine and transmission are perfectly mated, delivering power efficiently and quietly while the suspension laps up undulations in the road beautifully.

Although the H6 is equipped with different driving modes they do not do much to engine output but rather change gear shift points and change suspension and steering input settings, on the whole, a very laid back, uneventful and comfortable drive.

The new H6 is on par with and in some cases better than most of the SUV’s coming from other well-established makers. The drive is sublime, the build quality has taken a major leap forward and the price remains very attractive. The power and torque will make you smile. The mighty 2.0L engine delivers a power output of 150kW, between 6,000 – 6,300 r/min, and a peak torque of 320Nm, between 1,500 – 4,000 r/min driving the front wheels via a seven-speed dual-clutch automatic transmission

Against the previous H6, the new model is rated 5kW and 5Nm higher, and steps up an extra gear for its dual-clutch auto. It has a much more contemporary design than the model it replaces, plenty of exterior chrome highlights, full body-coloured bumpers, mirrors and door handles, and a very on-trend full-width LED light bar at the rear.

You will use a knob (or multifunction key) and multiple buttons for display on LCD screen to control the vehicle functions and view the vehicle information via a tech-savvy infotainment system that turns any task into a small tap on a screen. No matter where the journey takes you, you will stay connected to the outside world with a convenient wireless smartphone charger, CarPlay and Android Auto.

The new 2021 Haval H6 is bound to be the best Chinese car available in Zimbabwe thus far.

If you are in the market for an affordable, safe and well-equipped family SUV with a strong and reliable after sales service, the Haval H6 mid-size SUV is a compelling proposition.

Concerns As Constitutional Amendment Bill No 2 Sails Through Parliament

HARARE - GWM Haval group released the second of its LEMON platform-based vehicles, the all new Haval H6 and it will be available before the end of September 2021 in Zimbabwe. The new Haval H6 is a massive leap forward and I cannot wait to receive my test u...
Share via
x
More Information
x