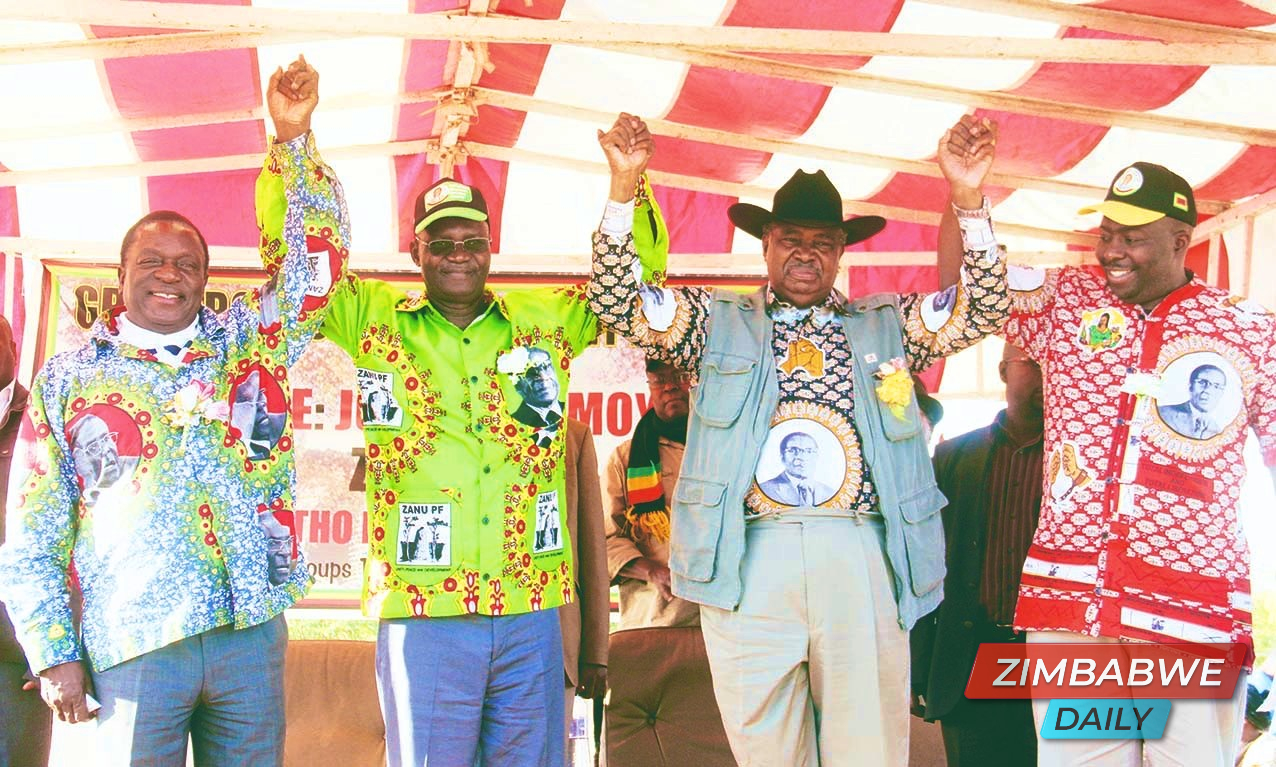 HARARE – Former Minister of Tertiary Education, Professor Jonathan Moyo has claimed there is no philosophy or ideology in President Emmerson Mnangagwa’s so-called ‘new dispensation’ and that things are worse than they were during the reign of the former President, the late Robert Mugabe.

Speaking during a live discussion with Josey Mahachie, Moyo claimed that the Mnangagwa regime has squandered all the goodwill it had both locally and internationally post the November 2017 coup and that now no one can believe the claims that this regime has brought the rule of law in the country.

“The situation is worse than under Robert Mugabe, more people have been charged with undermining the President than during Mugabe’s 37 years,” said the former Minister.

He highlighted that the current government had used the Covid-19 pandemic to institute a state of emergency and effectively took away people’s freedoms.

This is in light of the massive enforcement of lockdown regulations which many have criticised as heavy-handed and used to stamp political authority.

Journalists and political activists among others, have been targets of arrests of breaking lockdown regulations and others facing charges of inciting the public to gather against set regulations.

The outspoken Professor, claimed the state has shamelessly used the courts to reverse and undo parliamentary elections, saying “You now have  Thokozani wanting to go back to Parliament as an elected honourable member and yet she is dishonourable, a product of a dishonourable process.”

Quizzed on what advise he would give President Mnangagwa, the former minister said the President had proved that he cannot be advised by anyone arguing that for example, the Presidential Advisory Council (PAC) that was created by the same President died a natural death and did not serve its intended purpose.

Moyo said he would only tell Mnangagwa that “Zimbabweans have had enough,” stating that there is noone in Zimbabwe who wanted a continuation of the so called first republic under Mugabe.

Moyo added that Mnangagwa had betrayed his rhetoric of wanting to create a united society and work together beyond political boundaries. He labeled the grouping of different politicians mostly who perfomed dismally in the last elections under the banner POLAD as “an Ian Smith like POLAD, an association of sellouts.”

When asked why he did not resign or leave Zanu – PF even when it’s government had committed atrocities that personally affected him, the exiled former minister said he wanted to find out who had killed his father and to also solve issues that were affecting his community.

Adding that he was shocked at the level of marginalisation of areas in  Matebeleland such as Tsholotsho which at one point 20 years after independence still had one high school in some areas.

Speaking on the life of former President Mugabe, Moyo said Mugabe’s failure was that he did not have a succesion plan. He added that this led to Mugabe becoming a prisoner of forces beyond his control as certain elements took advantage of the situation and ultimately it had devastating effects on the country.

'Everything is worse under ED' – Prof Jonathan Moyo

HARARE - Former Minister of Tertiary Education, Professor Jonathan Moyo has claimed there is no philosophy or ideology in President Emmerson Mnangagwa's so-called 'new dispensation' and that things are worse than they were during the reign of the former...
Share via
x
More Information