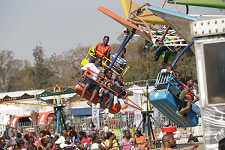 ZIMBABWE – Time flies. The faster it seems to be flying, the more it influences how today’s generation reads their situations. Time also heals. It rationalises the abnormal and wounds of the past into the new normal. For one born within a troubled situation is unable to see today’s troubles as the present represents their normal state of things.

This is characteristic of most troubled societies. In some societies boys are born and raised to hold a gun and settle their parents and grandparents’ old scores. Peace and gratification are only secured once those scores are settled. For others, it is a piece of land. It is not about how that piece of land must be productively used, but regaining its ownership is enough source of gratification.

These are some of the limitations of time. Time defines what we know and how we know it. It defines what we consider normal and abnormal state of our situation. It also prescribes what must be done or not done depending on its relevance in the current context. It defines choices and how to pursue them.

Two months back I found myself reminiscing about the past with my aunt in the presence of her teenage son. We talked about those old times when boys played soccer along the streets and girls played a game called dunhu. We shared stories of what used to happen when we played hide and seek at night in the streets of Chitungwiza under floodlights. We spoke about how our parents forced us to take a cold shower in the night after those many games. As we went on and on, we realised that my aunt’s son was confused and could not understand how those stories were actually possible in the current Zimbabwe which he has known since he was born.

He was born just over 18 years ago. Of course we all look at him as a kid, but we forget that he was born and raised in a different Zimbabwe. For him, you cannot play soccer in the streets because it is dangerous due to potholes. You cannot play outside in the night because it is dark. That power supply is unpredictable is actually not a problem, but the normal way of things. Taking a shower at night is a risky as it may be either dark or water may not be available from the tap. Keeping buckets and drums full of water is what he has known as normal.

This is the normal that our children are accustomed to. They don’t know any other to compare with. They may, therefore, not harbour the same anger against the status quo as we do because they never tasted what it means to be in a normal situation where everything works. When we told him that once upon a time, there was always water and clean water coming out of the tap, it sounded like a story from the dark ages.

While the symptoms of our problems started as early as 1990s, the year 1997 marked the beginning of our fall. By that time, my aunt’s son was only few months old to know that that was the year our own Zimbabwe dollar fell dramatically against the US dollar and it never recovered until its final departure from the scene. Oh by the way, my own 11-year old son does not know that Zimbabwe used to have its own currency apart from the bearer’s cheques.

The fall of the Zimbabwe dollar was preceded by several events — the farm invasions by the people of Svosve before they were kicked out by our own police, that golf course discussion on the depleted foreign reserves which caused panic in the market before draining it of whatever remained, the War Victims Compensation Fund and several others. My nephew is not aware of these events as his history syllabus focuses more on European history, the scramble and partition for Africa and the liberation struggle. History of post-independent Zimbabwe is not part of what he is supposed to know and learn at school.

What he knows though, is that politics in Zimbabwe means the MDCs are fighting to push Zanu PF out of power, but he does not understand why because what we call problems is the normal that he has known.

He does not know that when clean water used to come out of the tap and electricity was always present, there was no serious opposition in Zimbabwe until 1999 when people got fed up by the events described above and formed a party. He does not know that after the MDC was formed in 1999, Zanu PF lost a constitutional referendum and went on to invade farms and that put the final nail to our economy.

Come 2018, my nephew is going to vote. His choices for a post 2018 government are not influenced by what we know, but by what he wants out of what he knows. First priority is a job, failure of which he does not mind getting a stand to sell some wares. If these fail, he wants a passport so he can look for a job elsewhere and send money back home to his parents. Therefore, to get my nephew’s vote, sell a job, a vending stand and passport and you can be assured of victory.

ZIMBABWE - Time flies. The faster it seems to be flying, the more it influences how today’s generation reads their situations. Time also heals. It rationalises the abnormal and wounds of the past into the new normal. For one born within a troubled situat...
Share via
x
More Information