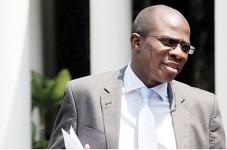 ZIMBABWE – A ZANU-PF Midlands provincial disciplinary committee has accused three ministers – Cdes Makhosini Hlongwane, Tapuwa Matangaidze and Annastancia Ndhlovu – of seeking to cause disharmony in the revolutionary party by raising allegations against fellow party cadres that they failed to substantiate.

The committee was set up by Midlands province to investigate allegations raised by the trio against Midlands secretary for security Cde Owen Mudha Ncube, Youth League secretary for administration Cde Justice Mayor Wadyajena and provincial youth chairperson Cde Edmore Samambwa whom they accused of denigrating them and other senior party members and Government officials.

They made the allegations when they wrote a letter to Zanu-PF national political commissar Cde Saviour Kasukuwere which they also copied to Zanu-PF second secretary and Vice President Phelekezela Mphoko, who is chairperson of the party’s national disciplinary committee.

But the committee concluded that the three ministers failed to substantiate their claims when they appeared before it.

“It is the conclusion of this committee that there are no reasonable grounds for even suspecting that the accused persons committed the alleged acts of misconducts,” concluded the committee.

“The allegations are just bald and lacking substantiation. It appears the complainants sat down and connived to fabricate these allegations to paint a very negative picture of the Midlands province in the eyes of the First Family.

“There was a clear desperate attempt by the complainants to try and involve the names of President Mugabe and First Lady Amai Grace Mugabe.”

The committee added: “That is very unfortunate and such conduct needs to be discouraged and condemned in the strongest terms.

The inference of an alternative centre of power which is not clarified or substantiated makes the conduct of the complainants reprehensible.

“It is equally reprehensible to infer unproven and absurd sexual orientation to senior members of the party and attribute such statements to others and fail to furnish adequate proof is grossly ingenious.

“The complainants appear bent on causing disharmony within the revolutionary party. The accused are known Zanu-PF strong supporters, who have stood firmly with the First Family in the face of adversity.”

Cde Ncube was accused of having chanted slogans during a meeting at the provincial party office denigrating the trio as well as the three Politburo members while Cde Wadyajena allegedly accused the three ministers of being part of “Generation 40”.

This prompted Cde Kasukuwere to order an investigation by the provincial leadership which resulted in the appointment of a committee led by deputy provincial chairperson Cde Daniel Mackenzie Ncube.

The findings were delivered at the extraordinary provincial coordinating committee meeting in Gweru on Saturday.