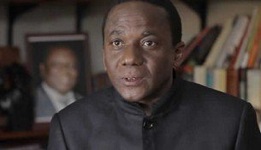 ZIMBABWE – The Supreme Court has dismissed with costs an appeal by MDC-T losing candidate for the Mt Pleasant National Assembly seat Mr Jameson Timba who was seeking to compel the Zimbabwe Electoral Commission to open sealed ballot boxes and packets used in the 2013 harmonised poll.

Mr Timba also wanted an opportunity to inspect electoral records for the purpose of prosecuting his petition that was pending at the Electoral Court.

Last year, the Electoral Court threw out the application but Mr Timba contested the decision at the Supreme Court.

Justice Elizabeth Gwaunza sitting with Justices Vernanda Ziyambi and Antonia Guvava upheld the decision of the Electoral Court and ordered Mr Timba to pay costs of the suit.

“In all respects therefore, I am satisfied that the appeal has no merit and ought to be dismissed. . . In the result, it is ordered as follows;

“The appeal be and is hereby dismissed with costs,” ruled Justice Gwaunza.

According to the Supreme Court judgment, all the parties interested in the matter should have been cited to give their sides of the story on the manner in which the sealing of boxes was conducted.

Failure by Mr Timba to cite interested parties including other candidates in the harmonised elections was fatal to the case.

To that end, the court found that Mr Timba was partly to blame for the predicament he found himself in due to failure to cite parties who had a real and substantial interest in the application.

The Supreme Court also ruled that the Electoral Court had jurisdiction to hear the application on the merits.

Last year, the Electoral Court ruled that since the elections were harmonised, it was incompetent to grant the order that will see the opening of papers for the Presidential and local authority election.

Justice Susan Mavangira ruled that only the Constitutional Court had jurisdiction to order the opening of boxes and packets relating to the Presidential election.

In order to substantiate his petition, Mr Timba, through his lawyer Mr Trust Maanda decided to file an application for the unsealing of the boxes and packets containing election material.

ZIMBABWE - The Supreme Court has dismissed with costs an appeal by MDC-T losing candidate for the Mt Pleasant National Assembly seat Mr Jameson Timba who was seeking to compel the Zimbabwe Electoral Commission to open sealed ballot boxes and packets used i...
Share via
x
More Information