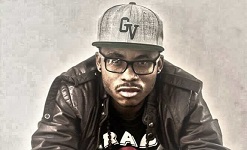 ZIMBABWE – Chart topping and rising Zim hip-hop artiste Tinashe Gonzara, affectionately known as T-Gonzie, has declared that he does not mind the cancer of piracy on his work as there are no artistes surviving on money generated from album sales.

The award-winning artiste said piracy is the way to go is local hip-hop artistes want to have their work appreciated. He further fired a salvo on fellow artistes MMT and J-Brown labeling them “artificial and materialistic artistes” who do not relate to the current obtaining issues.

The artiste, who has been enjoying pole position on StarFM for six weeks with his track Zvenyu, said the reason why Zim-dancehall has become the sought after and lovable genre was because the artistes aligned to the genre have decided to do it the Zimbabwean way.

“We are failing to get acceptability from the population because we have people who claim to be artistes yet they don’t want to be original. People like Jay-Z have made impact in their countries because they relate to issues happening in their country.

“Locally people like MMT and J-Brown impersonate American artistes, that’s being artificial. You cannot Zim dancehall has put its stamp because its artistes are original, doing it the Zimbabwean way,” said the artiste.

T-Gonzie, who is set to release his debut album titled Hipu-Hopu yekuGhetto, acknowledged that hip-hop music has been misconstrued to appeal to the uptown market, saying even in the ghetto, the genre commands a following.

Added T-Gonzie: “My forthcoming album (Hipu-Hopu yekuGhetto) is a social commentary about issues happening in the areas perceived to be for the poor. The ghetto has everything including hip-hop and my music is going to revolutionise the genre because piracy is going to sell it. Let those who pirate freely do so. Why forbid them?”

Zimbabwe: Why I Joined Magaya – Madzibaba

Tinashe Gonzara says no to piracy

ZIMBABWE - Chart topping and rising Zim hip-hop artiste Tinashe Gonzara, affectionately known as T-Gonzie, has declared that he does not mind the cancer of piracy on his work as there are no artistes surviving on money generated from album sales. The award...
Share via
x
More Information
x