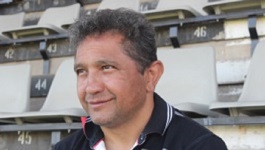 ZIMBABWE – Top Zimbabwean football teams have gone a gear up in their preparations for the start of the 2016 Castle Lager Premier Soccer League season.

Although the season stars way ahead in April, the clubs are leaving no stone unturned in their bid for the top crown and have been active in friendly matches.

On Saturday and Sunday, there were a host of matches as the teams met to assess each other’s strength and weakness with the biggest showdown being in Bulawayo where the city hosted the Bulawayo Football Festival Challenge, which was won by Highlanders following a 1-0 win over newly promoted Bulawayo City.

A solitary 41st minute goal from Prince Dube saw Bosso come out tops and confirmed the Bulawayo giants’ intentions of making an impact in the Castle Lager Premier Soccer League after last winning the league title in 2006.

Dynamos supporter Johnson Munashe says after the weekend’s performances Bosso will be one of the teams to beat this season.

“Highlanders played a good game over the weekend and from what I saw, I think they will be the better team to win the league title,” said Munashe.

Even football analyst Farai Kambamura is of the opinion that after years of struggling, Bosso have recovered and should provide a strong challenge for the championship.

“For the past two years, Highlanders have been a depleted side. But watching them play over the weekend, I think they will be a force to reckown with,” said Kambamura.

However, despite the good show from Highlanders, Kambamura believes the 2016 league title will be in the hands of Harare City and Chicken Inn, who spent heavily on the transfer market.

“Harare City have a slight edge over the other teams considering the fact that they have the crème-dela-crème in the premiership,” added Kambamura.

On the same day, Highlanders bitter rivals, Dynamos were in a double header against Black Mambas and Hwahwa at Rufaro Stadium. Dembare fielded two teams, one against Mambas which they drew one-all and another against Hwahwa which they won 4-0.

And Kambamura believes that the fact that Dynamos could field two teams against two classy opposition sides shows that they have the overall strength and team spirit to sustain a realistic challenge for the league title.

He said their new Portugese coach is one of the reasons why they will strongly fight for the league championship.

“After the departure of the likes of Chitiyo and company, I thought Dynamos were a depleted side. However, watching them play over the weekend, I think they are another force to reckon with,” he said.

On the same vein, the Green Machine of Caps United could not be left behind as they are on a tour of Mozambique.

The former Cup Kings of Zimbabwean football played a goalless draw against popular Mozambican side Ferroviario before beating As Veneila Beira 2-0 in their next game.

The 2016 Castle Lager Premier Soccer League programme has been delayed and will only begin in April.

ZIMBABWE - Top Zimbabwean football teams have gone a gear up in their preparations for the start of the 2016 Castle Lager Premier Soccer League season. Although the season stars way ahead in April, the clubs are leaving no stone unturned in their bid for t...
Share via
x
More Information