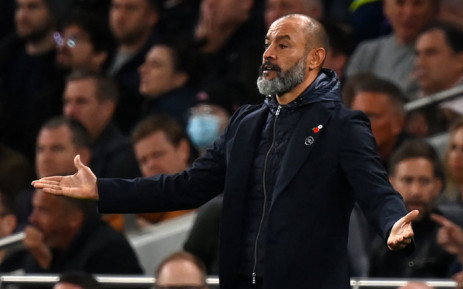 The 47-year-old Portuguese, who was appointed head coach at the North London-based club in June, just two months after the sacking of his compatriot Jose Mourinho, was relieved of his duties following Saturday’s 3-0 home defeat by Manchester United.

Spurs have lost five of their past seven Premier League matches and are eighth in the table and 10 points behind leaders Chelsea. Managing director of football Fabio Paratici said:

I know how much Nuno and his coaching staff wanted to succeed and I regret that we have had to take this decision.
Nuno is a true gentleman and will always be welcome here. We should like to thank him and his coaching staff and wish them well for the future.
Spurs said a decision on who will succeed Nuno will “follow in due course”.

Reports suggest that Tottenham started their search for a new manager before announcing the decision to part ways with Nuno.

Paratici has reportedly approached Antonio Conte, while Paulo Fonseca and Sergio Conceicao have been linked with the job.

Chairman Daniel Levy is thought to be open to appointing former player Ryan Mason in an interim role once again.