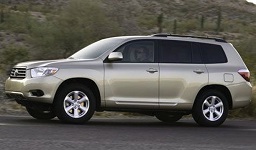 ZIMBABWE – Toyota Zimbabwe is set to recall 85 units that have been found to have the glitch plaguing the car giant across the globe.

This comes following a global recall of 6,5 million vehicles, made up of 5 860 000 from the overseas market and 600 000 from the Japanese market. The cars affected include Camry sedan and RAV4 and Highlander Sport utility vehicles.

The glitch is on vehicles equipped with a driver’s side Power Window Master Switch (PWMS) containing sliding electrical contact modules that could lead to fire.

Speaking to NewsDay yesterday, Toyota Zimbabwe national sales and marketing manager Carl Varga said they have made a list of vehicles sold and will contact the clients. He said the affected vehicles are the ones that are at least five years old.

“We have obtained a list of vehicles affected in Zimbabwe and there are only 85 units made up almost entirely of Corolla with a few RAV and Camrys. We will be contacting each customer individually so there is no need for a mass rush for customers to come in,” Varga said.

“But naturally we are always there to allay any fears that they may have and can check fairly quickly whether their car is affected or not should they call.”

The sliding electrical contact modules in the PWMS are modules that are lubricated with sprayed-on grease that may have been applied inconsistently during the manufacturing process, not providing sufficient coverage.

During normal operation, debris caused by wear from the electrical contact points can accumulate between the terminals where the grease was insufficiently applied, and a short circuit could form between the contact points by the debris and conductive moisture that may enter the module.

If a short circuit occurs, the switch assembly may overheat and melt. A melting switch may produce smoking and, potentially, lead to fire.

In the period January to July, Toyota Zimbabwe sold 419 vehicles and had the second biggest market share of 20% in the vehicle retail industry.

As Zimbabwe has a booming industry of ex-Jap vehicles, Toyota is the largest brand of vehicles being bought.

A Beforward sales representative told NewsDay that clients who bought Toyota vehicles through their channels and were facing the same problems had to come to their offices from around the country.

Further to that, Toyota said only models mentioned in the already announced vehicle identification number range including the Camry sedan and RAV4 and Highlander sport utility vehicles are involved.

Toyota urged clients to contact any Toyota dealer to verify if the vehicle is in the affected range.

ZIMBABWE - Toyota Zimbabwe is set to recall 85 units that have been found to have the glitch plaguing the car giant across the globe.  This comes following a global recall of 6,5 million vehicles, made up of 5 860 000 from the overseas market and 600 000 ...
Share via
x
More Information