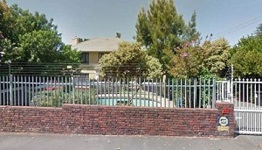 ZIMBABWE – The Sheriff of Wynberg will now distribute the proceeds of the sale pro-rata between three judgement creditor parties who attached the property.

The registration of the property brings finality to a six year long legal battle which AfriForum managed on behalf of Zimbabwean farmers who were affected by Robert Mugabe’s controversial land grabs. It was also the first time in international legal history that a litigation process regarding human rights violations, that were instituted by private individuals against a state, led to the attachment, sale in execution and transfer of the particular state’s assets in a neighbouring country.

AfriForum was approached by Louis Fick, Ben Freeth, Wynand Hart and the former President of the Commercial Farmers’ Union, Deon Theron, in November 2009 to assist them in order to enforce an order of the SADC Tribunal against Zimbabwe. In November 2008, the Tribunal ruled that Mugabe’s land grab policies were illegal and racist and that it had to be stopped and reversed. However, Mugabe violated the order and continued with the process.

During February 2010, the High Court in Pretoria registered and enforced the order of the SADC Tribunal as a foreign court order, which is enforceable in South Africa. After AfriForum’s lawyers attached the property in Kenilworth for the first time in March 2010, a drawn-out process consisting of rescission applications and appeals followed in the Pretoria High Court, the Johannesburg High Court, the Supreme Court of Appeal in Bloemfontein and eventually in the Constitutional Court on 28 February 2013.

On 27 June 2013, the Constitutional Court, through Chief Justice Mogoeng Mogoeng, ruled that orders made by an international human rights court such as the SADC Tribunal can in fact be registered and enforced in South Africa. As such, South Africa’s highest court has in truth vindicated the position of Zimbabwe’s white farmers and upheld the verdict of the Tribunal.

The auction that took place on 21 September last year, was a result of the fact that the Zimbabwean government ignored the cost orders that were granted against it for longer than six months.

AfriForum’s lawyer, Willie Spies, said in his reaction to the conclusion of the property transfer that AfriForum can now close the book with regards to its legal battle concerning the land reform process in Zimbabwe. “In circumstances such as in Zimbabwe, where justice and the truth are continuously being destroyed by rulers, the consequences are ultimately destructive for both the corrupt rulers and their victims. In many instances the victims also lose their perspective and are, in addition, at risk of losing their own basic concept of right and wrong. As a result of their own deprivation of dignity and property rights, certain victims also lose their respect for the dignity and well-being of others and ultimately the seed is planted for the disintegration of a society. It simply underlines the destructive effect of a state which has lost its moral compass. AfriForum’s duty is to keep the light of truth and justice burning and constantly remind both victims and rulers of what is true and fair. We shall continue that battle,” said Spies.

AfriForum is currently assisting three former Zimbabwean farmers, Luke Tembani, Richard Etheredge and Ben Freeth, in their effort to intervene in the Law Society of South Africa’s court application against President Zuma as co-applicants to declare illegal Zuma’s complicity to a process that led to the suspension of the SADC Tribunal. The application for intervention will in all probability be heard in the Pretoria High Court in the first part of 2016.

ZIMBABWE - The Sheriff of Wynberg will now distribute the proceeds of the sale pro-rata between three judgement creditor parties who attached the property. The registration of the property brings finality to a six year long legal battle which AfriForum man...
Share via
x
More Information