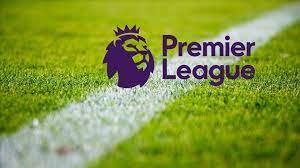 Juventus have agreed to sign Fiorentina’s 21-year-old Serbia striker Dusan Vlahovic, who has been linked with Arsenal, in a deal worth £62.4m. (Mail, via Guardian)external-link

Porto have rejected Tottenham’s offer of £37m plus add-ons for 25-year-old Colombia winger Luis Diaz, who has a £66m release clause. (Evening Standard)external-link

Everton, Leeds United and Wolves are also interested in signing Broja, who Southampton want to keep beyond the current campaign. (Teamtalk)external-link

Aston Villa have turned down a £30m bid from an unnamed Premier League club for Brazilian midfielder Douglas Luiz. Arsenal are considering making a move for the 23-year-old but are not thought to be the club who have had the offer knocked back. (Evening Standard)external-link

Arsenal’s chase of Cody Gakpo, 22, will have to wait until at least the summer window as PSV Eindhoven have tied the Netherlands forward down to a contract extension. (Mail)external-link

Barcelona have made contact with Borussia Dortmund as they look to sign 30-year-old Belgium right-back Thomas Meunier on loan from the German side. (Marca)external-link

Chelsea offered Lyon £3m in compensation to bring Italy left-back Emerson Palmieri, 27, back early from his season-long loan at the French club but saw the attempt rejected. (Mail, via Athletic)external-link

Aston Villa’s Ashley Young, who can play as a defender or winger, has turned down a move to Newcastle United, with the 36-year-old English player wanting to stay at Villa Park. (Mirror) external-link

Juventus have agreed to sign Fiorentina's 21-year-old Serbia striker Dusan Vlahovic, who has been linked with Arsenal, in a deal worth £62.4m. (Mail, via Guardian)external-link Porto have rejected Tottenham's offer of £37m plus add-ons for 25-year-old ...
Share via
x
More Information