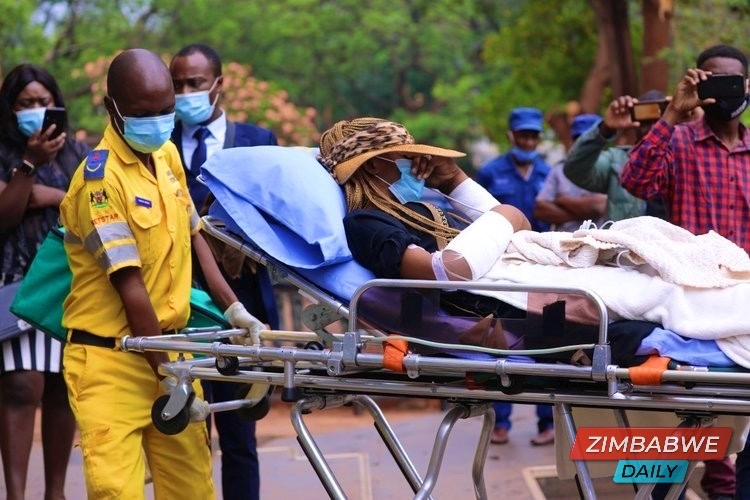 HARARE – Harare magistrate Marehwanazvo Gofa yesterday granted the request by Marry Mubaiwa’s legal team to defer the assault trial to a further date to allow the accused to recover.

Vice President Constantino Chiwenga’s estranged wife is facing assault charges since last year January after she was accused of assaulting her children’s minder, Delight Munyoro at Hellenic primary school where she had gone to pick up the children.

She is accused of slapping the children minder and labelling her a ‘witch’, charges she is denying.

Mubaiwa is battling lymphedema which has left her with serious wounds.

Sometime last year, she had to be wheeled off a stretcher to attend court proceedings.

The courts have denied her access to her passport which she requested so that she can travel to South Africa for medical treatment.

The 39-year-old former model is also facing allegations of money laundering and attempted murder of the Vice President.

Mubaiwa is locked in a fierce divorce battle with the former army general, who she is accusing of using his influence in the army and government to torment her.

Recently she claimed the military was sent to ‘loot her equipment’ and that the courts have been used to deny her access to her children for over a year now.