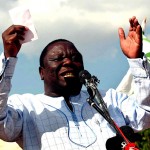 ZIMBABWE – MDC-T President Morgan Tsvangirai is embarking on a four-day tour of  Mashonaland Central province to engage in a series of consultative meetings with party structures and ‘listen to the problems facing the people,’ MDC-T has announced.

He kicks off his tour at Muzarabani business centre before meeting ordinary Zimbabweans at Nzvimbo growth point in Chiweshe on Friday.

On Saturday, he will be at Nyava business centre in Bindura South and he will conclude his visit to the province in Mt Darwin on Sunday.

Luke Tamborinyoka – Presidential Spokesperson and Director of Communications said the former premier is touring the province  ‘at a time the government has run out of any ideas to solve the worsening economic crisis in the country’.

“President Tsvangirai, never one to miss an opportunity to interact with ordinary Zimbabweans, goes into Mashonaland Central at a time Zimbabweans have lost all hope for economic recovery under the clueless leadership of ZANU PF whose President is now so old he is now given to falling at public places, mixing his lines and reading wrong speeches at public events,” he said.

He added “President Tsvangirai will take time to meet party structures and listen to the problems facing the people at a time the nation is convinced the party in government has no capacity to deal with the monumental crisis engulfing the country.

“President Tsvangirai’s visit to Mashonaland Central comes at time Zimbabweans of all political formations are converging on the need for a united front to confront the political challenges facing the people of Zimbabwe”.

Tamborinyoka said his boss is a ‘tried and tested leader gifted with a natural chemistry with the people’.

“It is his popularity among the ordinary people that sets President Tsvangirai apart from other political leaders,”

ZIMBABWE - MDC-T President Morgan Tsvangirai is embarking on a four-day tour of  Mashonaland Central province to engage in a series of consultative meetings with party structures and 'listen to the problems facing the people,' MDC-T has announced. He ki...
Share via
x
More Information