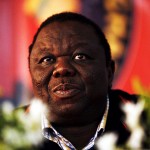 Mahlangu was buried in Bulawayo Saturday amid chaos as rival families brawled over his interment.

MDC-T officials who refused to go on record for fear of victimization criticized the party leadership for betraying a comrade they say dedicated his life to the party.

Although Tsvangirai was in Bulawayo, he did not attend the burial fearing he could get caught up in the family squabbles and violence.

Despite the criticism, MDC-T organizing secretary Abednico Bhebhe is pushing back.

“Criticism is always going to be there for those that don’t understand what transpired or what was happening concerning the funeral of Mahlangu,” said Bhebhe.

“All I can say is that there were differences that maybe could not be solved between the families.”

Three families were wrangling over Mahlangu’s funeral proceedings since he died with all three wanting to be in charge.

“Mahlangu was born out of a family of the Mahlangus and the Sangos and the step family which is a Mugove so these three families were not agreeing on how Mahlangu’s funeral procession was going to take place and who should take charge.”

Continued Bhebhe: “So as a result of that the party decided we cannot be adjudicators or participate in a funeral where there’s serious which are taboo in our own culture and so we then decided to say if that’s the case then we will let the families do whatever they think is best for them and we will not be part of a funeral that is disputed.”

But critics within and outside the party maintain that Tsvangirai and his team failed to show leadership.

Party chairman Lovemore Moyo is one of those said to be critical of Tsvangira’s failure to attend Mahlangu’s burial.

Moyo and Tsvangirai, according to Bhebhe, have since discussed the matter and buried the hatchet.

2015 news wrap: A year of Mugabe memes, purges and Cecil the lion