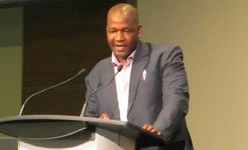 ZIMBABWE – Harare City Council has dispatched teams of medical experts to investigate the magnitude of typhoid cases and curtail a further spread following confirmation of several incidents, amid fears of a major outbreak.

Harare City Health director Dr Prosper Chonzi said since last Friday they had confirmed three cases in Glen Norah, two in Hopley and one in Hatfield.

“We have sent our teams to assess the situation in those areas, particularly in Hopely, where there is strong suspicion that people could be sick from their homes. The teams will be interviewing and treating all suspected cases.”

Dr Chonzi said Hopely was a cause for concern because of its proximity to Mbudzi roundabout where people prepared food and sold fruits under unhygienic conditions.

“We want all that to stop because it exacerbates the situation. With what is happening there and the confirmed cases we have seen so far, we are sitting on a health time bomb waiting to explode.”

Dr Chonzi urged residents to continue basic hygiene practices such as washing hands before meals, eating food while it is still hot and treating all domestic water at point of use considering warnings of heavy rainfall in the city.

He appealed to people exhibiting diarrhoeal symptoms to seek treatment early, not only for their own good but also to prevent the spread of the disease.

“We are not yet sure of the magnitude of the problem because some people could still be in the incubation stage which takes up to 21 days. So we continue to urge residents to practice basic hygiene standards,” he said.

He said his department was engaging engaging the department of water to ensure information on the water cuts schedules was communicated to the affected communities in advance.

“The current water cuts by the city are a necessary process but we will continue engaging with colleagues from the water works to make sure their schedules are well communicated to the public. In some instances we shall be making arrangements for water bowsers, especially in areas where we have started recording cases,” he said.

Dr Chonzi said more than 30 cases of typhoid in an area constituted an outbreak.

Meanwhile, 48 cases of Shigella have been recorded at Roosevelt Girls High School in Harare.

Shigella is a common diarrhoeal disease caused by bacteria. It spreads fast in areas with poor water and sanitation facilities.

Dr Chonzi said although the outbreak was now under control, experts were still investigating its source to curb its further spreading.

“We have ruled out cholera, we have ruled out typhoid and we now suspect it’s Shigella. It’s a common bug caused by bacteria. Our teams are also investigating the sources of water at the school and putting necessary measures in place,” he said.

He said preliminary investigations indicated the outbreak could have started from the staff compound where five workers in the kitchen had been affected.

He said his department also realised that the kitchen staff were not conducting regular health check-ups because they did not have food handlers’ certificates.

‘Conference not about leadership’