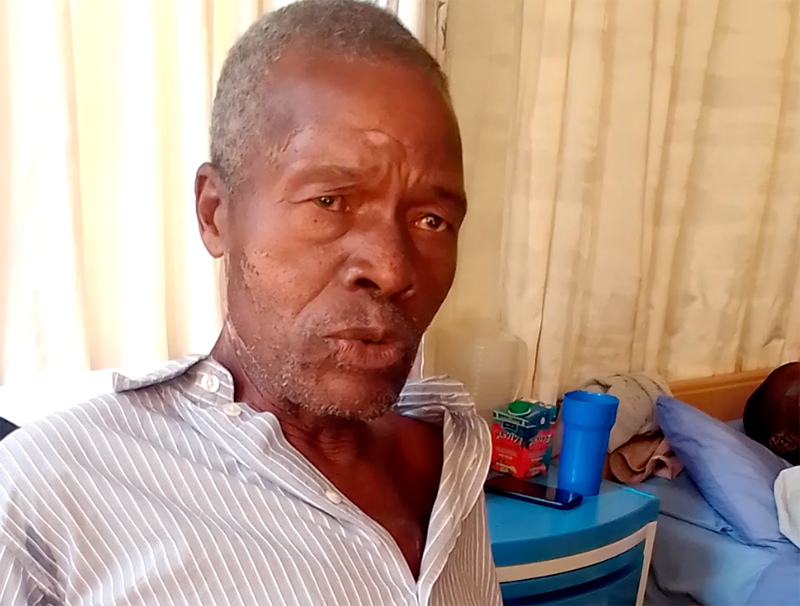 LONDON – Zimbabweans based in the United Kingdom (UK) have come to the rescue of a Citizens’ Coalition for Change (CCC) supporter in Gokwe, who was injured last week after violence erupted during a campaign rally.

So far, US$500 has been raised to meet Christopher Hamandishe’s medical expenses.

The elderly Hamandishe was allegedly abducted by an unidentified gang of men, who later torched his leg resulting in severe burns.

The incident, which got widespread publicity on social media, triggered the fundraising initiative spearheaded by Chris Goshomi who is based in the UK.

“Our community members came across videos which were going viral on social media of an elderly gentleman who was burnt in Gokwe in some alleged political conflicts. The videos were gruesome,” Goshomi told NewZimbabwe.com.

“We were really touched about the plight of the gentleman who is above 70 years of age. Our communities in West Yorkshire area decided to pull resources together to get him treated.

“We have some very highly organised community groups in Leeds, where people work together regardless of their political, religious or any other affiliation.

“The people felt is was very important that we pull resources together, and in a few days we were able to raise US$500, which we have now sent to the victim.

“This is an unprecedented act of unity, love and tolerance and we hope this gives communities a different perception of life.”

Political analysts predict the political situation will deteriorate as the nation braces for do-or-die elections next year.

We hope the message behind our collection also reaches the perpetrators, so that they can understand that this barbarism can only achieve nothing but perpetual poverty in the country, said Goshomi.

Four journalists were also hurt during the skirmishes. NewZimbabwe

LONDON - Zimbabweans based in the United Kingdom (UK) have come to the rescue of a Citizens’ Coalition for Change (CCC) supporter in Gokwe, who was injured last week after violence erupted during a campaign rally. So far, US$500 has been raised to meet C...
Share via
x
More Information