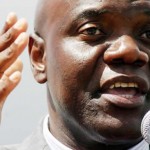 ZIMBABWE – Some people have come out in support of the Nottingham based Dr Sylvester Nyatsuro’s proposed Zimbabwe Diaspora Skills Network (ZDSN). Whist all of them agree that the network alone will not stop the country’s health service from collapse much less turn it into the modern service it should be; still they applaud the Dr for his good intentions!

It must be stated here and now that Dr Nyatsuro is NOT some throw back of Nadile Homominid (the human like creature whose remains were discovered in South Africa a few weeks ago) with the brain the size of an orange and therefore unable to judge right from wrong. Dr Nyatsuro’s photograph showed that he has all the outside appearances of a modern man complete with homo sapiens size head and, presumably, housing a normal homo sapiens size brain. Unless someone can prove that our Dr Nyatsuro has nonetheless a brain no bigger than an orange with the rest of the brain cavity filled with blabber and is therefore incapable of discerning right from wrong.

If Dr Nyatsuro is not some throwback Nadile Homominid then he must know that the road to hell is paved with good intentions! It is no exaggeration to say in the last 35 years Mugabe has turned Zimbabwe into some hell-on-earth and naïve and gullible Zimbabweans like Dr Nyatsuro with all their misplace good intentions have paved the tyrant’s way.

Mugabe would have never lasted all those year much less thoroughly destroy the nation without the help of the millions of ordinary Zimbabweans.

Any modern human, Homo sapiens, with a fully functional brain – not one choked with blabber – would have understood that the nation’s greatest challenge from 18 April 1980, the day Zimbabwe attained her independence, going forward was to ensure ALL Zimbabweans enjoyed the pre-independence promises and aspiration of freedom, justice, liberty, peace and economic prosperity. We dosed off from the word go!

It did not take long to see that Mugabe and his Zanu PF thugs had no intention of honouring the freedoms and human rights of the ordinary people as the regime set off at a tangent to establish its de facto one-party dictatorship to secure absolute political power and the unfettered access to the nation’s wealth and riches. For 35 years the nation has failed to confront Mugabe and tell him in no uncertain terms that his corrupt, incompetent and oppressive regime was the opposite of what the nation had fought for and dreamt of before independence. And that his autocratic system of government was the root cause of all the nation’s economic and political problems.

Instead of confronting Mugabe the nation has spent the last 35 years like some lost tribe of Nadile Homominids, who can see that something is not right but whose brain capacity was too shallow to comprehend the root cause and so has settled to addressing the peripheral issues instead.

Tsvangirai and his MDC friends were tasked to implement the democratic reforms designed to dismantle the Zanu PF dictatorship. They were given 18 months to do this and they stretched it to 60 months and, surprise, surprise they still failed to get even one single reform implemented. It was SADC Heads who complained that MDC leaders “were busy enjoying themselves and forgot why they were in government”, in sheer frustration.

Zimbabwe’s lost tribe of Nadile Homominids failed to realize the importance of 2008 GPA reforms in ending the Zanu PF dictatorship and so they did not appreciate the seriousness of MDC’s failure to implement the reforms. Even today with the benefit of two years hindsight since the rigged July 2013 elections many Zimbabweans have still failed to understand the critical importance of implementing the democratic reforms as the only way the nation will ever get out of this hell-on-earth Mugabe and Zanu PF landed us in.

Instead of focusing on implementing the reforms former MDC Deputy Prime Minister, Arthur Mutambara, himself a former Robotics Professor, was calling on Zimbabweans to form Former Pupils Clubs, for example, to raise funds to assist their former schools in buying books. Zimbabwe’s economic decline had been relentless and the economic hardships were felt by all across the board. I totally subscribe to the notion that every little helps still not when the little is a shovel of dirty to dam the mighty Zambezi River!

Arthur Mutambara’s Former Pupils Clubs was not going to save Zimbabwe’s collapsing education system no more than Dr Nyatsuro and his Zimbabwe Diaspora Skills Network’s donation of bandages past their use-by date to some rural clinic drag that clinic out of the dark ages into the 21 st century. All those in the Former Pupil Clubs would have done better reminding the pompous Robotics Professor to implement the reforms just as our Dr Nyatsuro will do better demand the implementation of the same 2008 GPA reforms today.

People like Dr Nyatsuro with their offer of a box of bandages must publicly acknowledge that they are offering a painkiller at best and not a cure and that they will only reach an insignificant number of people. It is totally irresponsible that for people like Dr Nyatsuro should announce their ZDSN from the rooftop giving the nation the impression he is offering them a cure because like it or not they are, tacitly at least, endorsing Mugabe’s no regime change agenda!

The corrupt, incompetent and tyrannical Zanu PF dictatorship is the disease that is killing Zimbabwe and free, fair and credible elections is the cure! The last thing we want is some Nadile Homominids like Dr Nyatsuro confusing the nation with their shovel of dirty to dam the mighty Zambezi River solutions!

Zimbabwe is in serious political and economic trouble and it will take some hard-nosed homo sapiens thinking to confront the tyrannical regime head-on and none of Dr Nyatsuro’s Nadile homominids good intentions to get us out of this hell!

ZIMBABWE - Some people have come out in support of the Nottingham based Dr Sylvester Nyatsuro's proposed Zimbabwe Diaspora Skills Network (ZDSN). Whist all of them agree that the network alone will not stop the country's health service from collapse much...
Share via
x
More Information