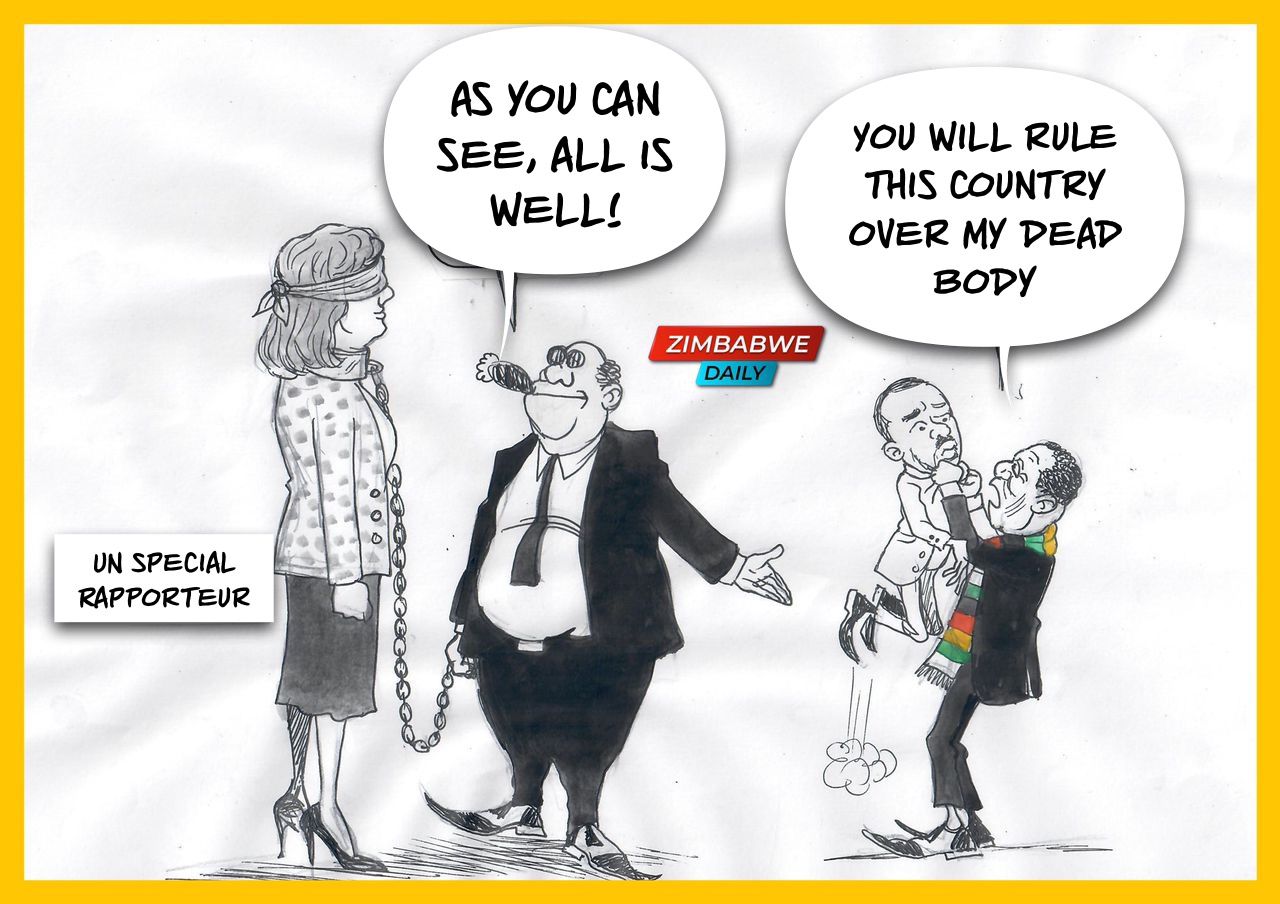 Douhan, who is from Belarus, is in the country for 10 days to probe the impact of sanctions on human rights in Zimbabwe.

According to the itinerary, she is expected to meet Cabinet ministers, the central bank, the Zimbabwe Human Rights Commission and Chief Justice Luke Malaba, among others.

There is no indication that she would meet with civil society or the opposition.

Justice minister Ziyambi Ziyambi referred questions on whether Douhan would meet stakeholders outside government to the Foreign Affairs ministry.

Foreign Affairs deputy minister David Musabayana said: “We agreed not to manage or interfere with her interactions.”

“What Zanu PF is doing is akin to calling a tsikamutanda (witchhunter) to the village and telling him which households to enter and which ones to sidestep and all along they already gave him a tokoloshe (goblin) which he will announce as his finding at a targeted clansman’s homestead,” Magaisa said.

“In other words, the so-called special rapporteur who comes from Belarus, one of the world’s biggest human rights violators, which is also facing sanctions, is hardly an honest broker. Her itinerary, which is brazenly one-sided, is a clear indicator that the script has already been written in advance,” he said.

Presidential spokesperson George Charamba said the envoy would hold a joint Press briefing with the government after her mission.

Charamba said the special rapporteur came at the invitation of the Zimbabwean government.

“After collating information, the rapporteur will hold a joint Press conference with Zimbabwe where she will share her preliminary findings. The final report will be tabled in September 2022 in Geneva,” he said.

President Emmerson Mnangagwa yesterday claimed that sanctions were the biggest impediment to the wellbeing of the people as they affected ordinary citizens.

“It was a pleasure to welcome the UN special rapporteur for human rights to Zimbabwe. Her 10-day trip aims to assess the impact of punitive economic sanctions on ordinary Zimbabweans,” Mnangagwa said after meeting with Douhan in Harare.

“These sanctions are illegal and hurt the most vulnerable in our society.”

In 2018, two months after claiming the Presidency from then President  Robert Mugabe, Mnangagwa had claimed that there was no need for continuous mourning about sanctions and that he was on top of the situation.

While Mnangagwa and his government have blamed sanctions for the country’s economic woes, the opposition and other stakeholders said the state the nation was in was a result of corruption and looting by the regime. The United States and the United Kingdom have also insisted that Zimbabwe should end human rights abuses for sanctions to be removed.

The opposition MDC Alliance said it had sent its input on the issue of sanctions and was expecting to meet with Douhan.

HARARE - Observers yesterday questioned the itinerary of the United Nations (UN) special rapporteur Alena Douhan, released by government, which excludes opposition parties and civic society. Douhan, who is from Belarus, is in the country for 10 days to pro...
Share via
x
More Information