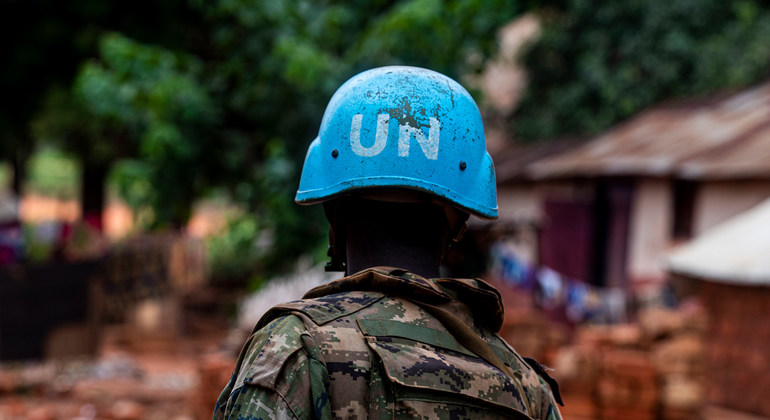 GABON – 32 victims including eight children have been identified through preliminary investigations on the Sexual Exploitation and Abuse allegations concerning the Gabonese contingent in the Central African Republic under the UN flag.

The spokesperson for the Secretary-General, Stéphane Dujarric announced that the national investigation is now underway jointly with the UN’s office of internal oversight services, and with the support of the UN senior victim rights advocate in the Central African Republic.

The spokesperson stressed that ensuring victims well-being and assistance is our most priority, and added that all identified victims have been referred to UN for assistance according to our protocols.The Gabonese contingent included 450 peacekeepers.

“Ensuring victims well-being and assistance is our most priority, all identified victims have been referred to UN for assistance according to our protocols. The UN mission and the senior Victim Rights Officer on site assisting with the investigation ensuring the victims’ rights are dignity are upheld. Meanwhile 410 Gabonese soldiers, and including their leadership, were repatriated to Gabon. And the last 40 remaining Gabonese soldiers remain in country to safeguard and pack up the contingent’s equipment.”

Incidents allegedly took place at various points in time from 2014, up until this year 2021.

The allegations involve a total of 51 alleged perpetrators, the identities of whom are still unknown pending the results of the investigation.

A total of 11 paternity claims have been recorded with this allegation where either the child has been born or the victims, currently pregnant.

GABON - 32 victims including eight children have been identified through preliminary investigations on the Sexual Exploitation and Abuse allegations concerning the Gabonese contingent in the Central African Republic under the UN flag. The spokesperson for ...
Share via
x
More Information