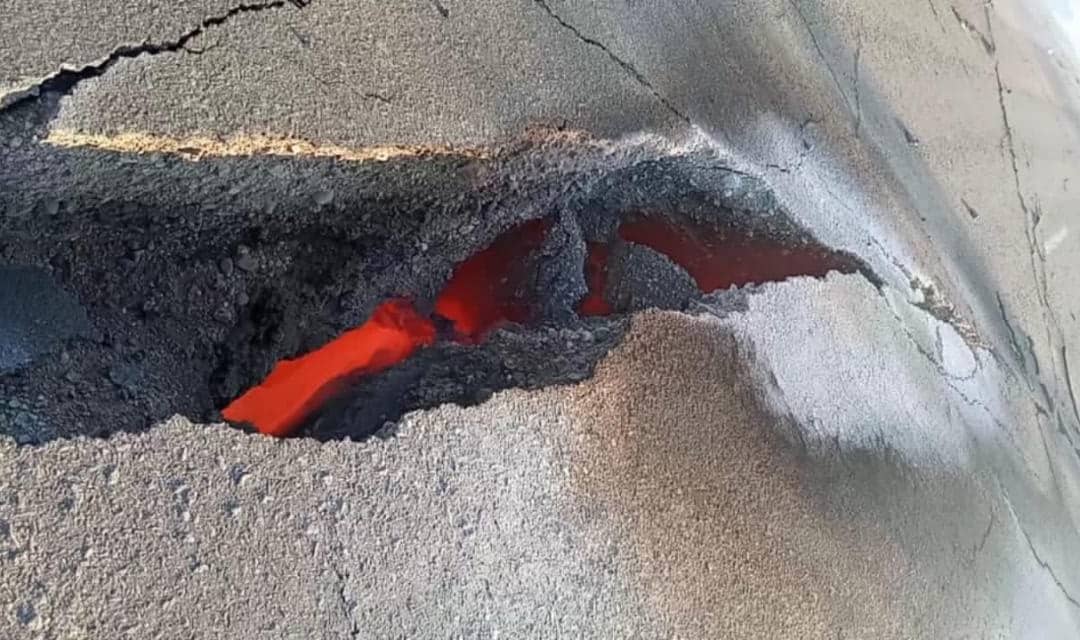 HWANGE – A road in the mining and resort town of Hwange has been ripped apart by raging underground coal fires which have been wreaking havoc unattended for months despite authorities having been notified.

Already, lives and limps have been lost to these

According to Fidelis Chima, coordinator of Greater Hwange Residents Trust, some 10 000 people are in danger, with possibly living above these furnaces.

“The underground fires at Makwika and Madumabisa have been there for years, the place was once mined for coal, now when oxygen gets in contact with the mineral it produces heat which eventually results in these fires,” Chima said.

“It is possible that there could be people living on top of these fires, our greatest fear is that some of the people and houses will be consumed by these underground fires. These fires have been there for more than 20 years but they are intensifying at a very scary proportion and more than 10 000 people are now under threat,” he said.

An eight-year-old girl lost her life after falling into one of the pits recently.

Efforts by Mpilo General Hospital doctors to treat her were futile, they even attempted to amputate her limbs in vain.

Centre for natural Resource Governance (CNRG) director Farai Maguwu said government should be prepared to resettle some Hwange residents as these types of fires could not be put out.

“Putting out the fires is not possible,” said Maguwu.

“Government and the HCCL need coal seam fire trackers to identify high risk areas and cordon them off.

“Some settlements need to be wholly abandoned and a resettlement plan put in place, while roads need to be constantly monitored otherwise moving vehicles can be swallowed.”

Poverty has however worsened the danger residents are in as most risk scavenging for coal at its dumps for resale despite full knowledge the sites are infested by underground fires and pits which could signal their end.

Reports indicate some barriers put in place by HCCL to stop residents setting foot on similarly dangerous areas of their previously mined sites, have been vandalised.