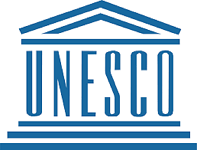 ZIMBABWE – The United Nations Educational, Scientific and Cultural Organisation (UNESCO), is set to fund the repatriation of skulls of slain heroes and heroines of the First Chimurenga and other cultural properties that were illicitly exported to Western countries during the colonial era, a senior Government official has said.

Higher and Tertiary Education, Science and Technology Development Deputy Minister Dr Godfrey Gandawa, said a team would soon be constituted to quantify the costs of the process before the figure was presented to UNESCO for funding.

UNESCO’s funding of the skulls’ repatriation is one of the several activities that Zimbabwe has benefitted from the global body.

“There has to be a committee that should be set up first to identify all the cultural properties illicitly exported to various Western capitals and quantify them in terms of costs required. The process will include us from the Zimbabwean side and some experts from the UNESCO,” said Dr Gandawa.

He said the process would start in earnest at the end of this week when 38th General Conference of the UNESCO currently underway in Paris, France comes to an end.

“The UNESCO has agreed to fund those national heritage properties, so we need to constitute a team to do the preparatory work to determine how much is needed,” he said.

The world body has since pledged $1million towards the support for Information Communication and Technology in schools and tertiary institutions.

Government has since indicated that it will constitute a team of experts to visit London to engage British authorities on the repatriation of skulls of heroes and heroines of the First Chimurenga that are still displayed in British museums as symbols of colonial conquest.

Two months ago, Home Affairs Minister Dr Ignatius Chombo, said the team would use the opportunity to discuss the future of several Zimbabwean cultural artefacts confirmed to be in the United Kingdom’s museums.

This came as a British paper, the Telegraph, identified the Natural History Museum in London as the museum where the skulls are displayed.

Quoting a spokesperson of the museum recently, the paper said: “The Natural History Museum has a policy of considering requests for return of human remains to their places of origin, under the provisions of Section 47 of the Human Tissue Act 2004.

“The museum actively engages in discussions with governments and communities with an interest in or who wish to make a claim for return of remains.”

President Mugabe and relatives of the slain heroes and heroines have since castigated Britain for its inhuman conduct and insensitivity.

Good reason for Mugabe to quit

Mugabe shows signs of strain; says he is not afraid of Mujuru

ZIMBABWE - The United Nations Educational, Scientific and Cultural Organisation (UNESCO), is set to fund the repatriation of skulls of slain heroes and heroines of the First Chimurenga and other cultural properties that were illicitly exported to Western c...
Share via
x
More Information
x