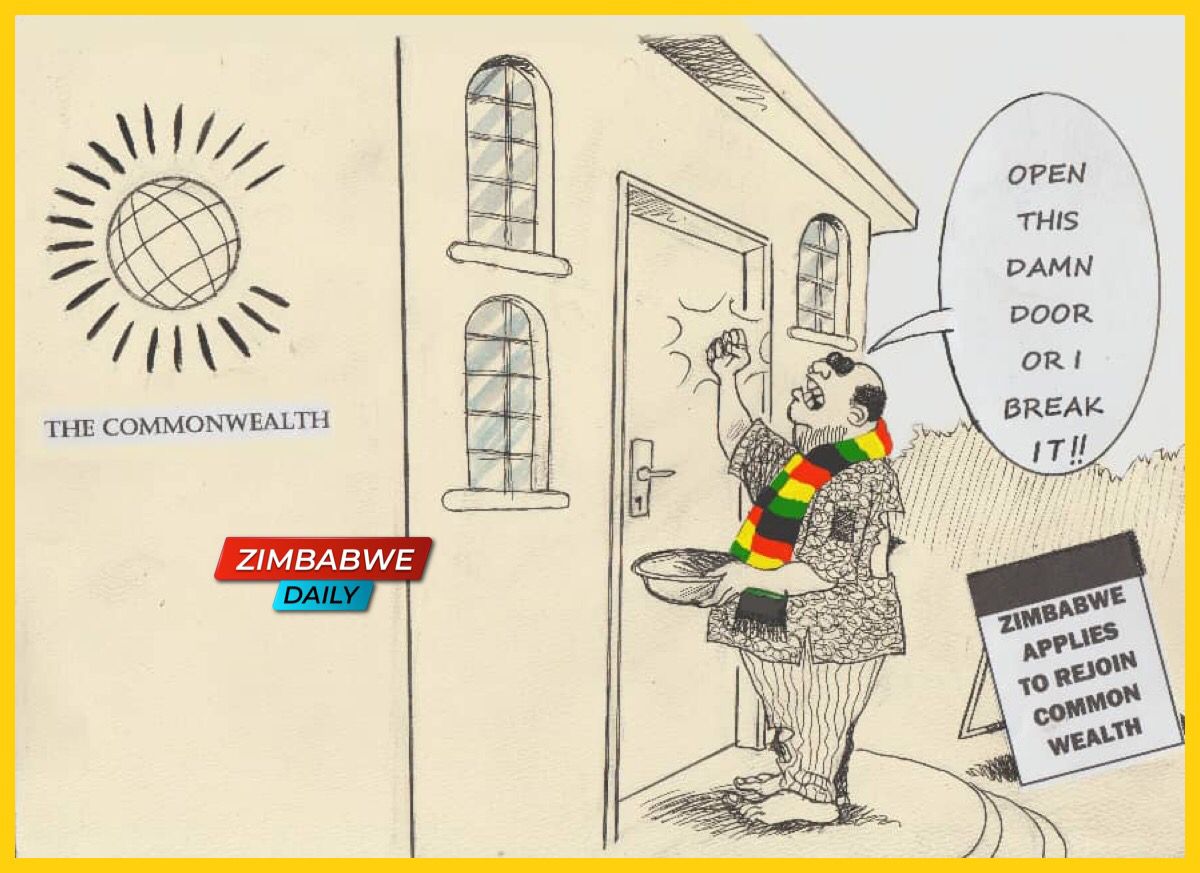 HARARE – Zimbabwe’s quest to re-join the Commonwealth is set to hit a snag, following revelations during a debate in the British House of Lords this week that the United Kingdom is far from supporting the country because of human rights abuses, among other concerns.

While President Emmerson Mnangagwa says he made giant strides in international re-engagement efforts during the climate change summit in Glasgow, Scotland, at the beginning of the month, the UK remains concerned with the lack of reform, four years after a military coup which toppled former president Robert Mugabe.

Mnangagwa however believed his mere presence in Glascow was a signal of his commitment to the re-engagement programme.

In an opinion piece published by Al Jazeera Media Network on 14 November, Mnangagwa wrote: “We are applying to re-join the Commonwealth of nations and I hope my presence at COP26 is yet another sign of Zimbabwe’s re-engagement efforts.”

Zimbabwe left the Commonwealth in 2003 after relations with Britain got frosty following Zimbabwe’s chaotic and violent land reform programme.

However, Lord Purvis of Tweed said despite the Zimbabwean media promoting the meeting that took place between Mnangagwa and the British Africa minister, conditions of re-joining the Commonwealth should be made clear.

“Zimbabwean Press promoted the fact that President Mnangagwa met our Prime Minister and the Secretary-General of the Commonwealth in Glasgow at COP 26. As the Minister is also the Minister for the Commonwealth, can he say whether we are making clear that, while we want the Commonwealth to be inclusive and open to Zimbabwe being a member, the conditions of a free and fair political system and the restoration of the 2013 constitution and the rule of law are essential criteria for membership and re-joining the Commonwealth?” he said.

In response, the minister of state for the Foreign, Commonwealth and Development Office, Tariq Mahmood Ahmad, said the British government was making that clear to the Mnangagwa administration.

“My Lords, I totally agree with the noble Lord; those points are being made. On the COP engagement, it was the Minister for Africa, my honourable friend Vicky Ford, who met with the President of Zimbabwe,” he said.

Zimbabwe has been seeking Rwanda’s help in efforts to re-join the Commonwealth, with Foreign Affairs minister Fredrick Shava, two months ago, saying Rwanda had assured the government that it was very keen on supporting Zimbabwe.

Rwanda was earmarked to host the Commonwealth Heads of Government Meeting this year, but the event has been postponed because of Covid-19.

However, it will need more than just Rwanda’s support to convince the world, with the British lords and the minister insisting Zimbabwe should uphold freedom of speech and political freedoms before it can be re-admitted into the group.

The British Foreign Minister said his office was continuing to engage with Commonwealth partners on a range of issues concerning human rights.

“On the specific question of Zimbabwe re-joining the Commonwealth, we are clear that we would only support readmission to the Commonwealth if Zimbabwe met the admission requirements. We continue to articulate that in relation to fundamental human rights to our Commonwealth partners as well,” he said.

Lord St John of Bletso went further to query the Zimbabwea cabinet’s intentions in signing off the Patriot Bill, at a time the country is seeking re-admission into the Commonwealth.

“. . . (the Bill) would make it a criminal offence for anyone to criticise President Mnangagwa and for any member of the opposition to speak to any foreign government in a negative way about Zimbabwe? At a time when Zimbabwe is considering re-joining the Commonwealth. Can the Minister make it clear that our government will support this only when the rule of law is restored, and freedom of speech and political freedoms are protected?” she said.

Baroness Ritchie of Downpatrick also asked if the ministers were in discussions with other Commonwealth counterparts about the continuing political repression in Zimbabwe and about the need to build the local economy and political democracy.

The sentiments from the British Lords were that the Zimbabwean government was giving a deaf ear to the concerns of the UK government.

HARARE - Zimbabwe's quest to re-join the Commonwealth is set to hit a snag, following revelations during a debate in the British House of Lords this week that the United Kingdom is far from supporting the country because of human rights abuses, among othe...
Share via
x
More Information