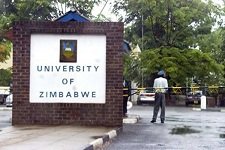 ZIMBABWE – The University of Zimbabwe (UZ) will open its first optometrist school by September in a move that will see the country produce its first batch of locally-trained optometrists.

Speaking at an African Council of Optometry and the Zimbabwe Optometry Association (ZOA) joint optometry conference in Victoria Falls over the weekend, UZ head of opthalmology Professor Rangarirai Masanganise said the institution had bought all the equipment and hired a lecturer to run the school.

“We now have the equipment which was purchased with the help of medical aid provider Cimas for $200 000 and a post for lecturer of optometrist created and filled. What is left now is the approval by Senate and, possibly, our first intake will be in September,” he said.

Most of Zimbabwe’s 60 optometrists were trained in South Africa and Italy.

The three-day conference, held under the theme Harmonising Health Systems and Legislation In An Effort to Combat Preventable Blindness in Africa, applauded the move by UZ, saying it would help in quality controls and eye health access.

ZOA president Richard Mavheneka said the opening of a local eye school was long overdue and his association would continue supporting UZ in its new initiatives.

“We have been heavily involved with UZ and the Ministry of Health to ensure that this school opens. We are also in constant contact in terms of reviewing the curriculum so that the degree programme is in line with international standards,” he said.

Bonface Macheka, chairperson of the national programme for the prevention of blindness in the Ministry of Health, said government would soon create posts for optometrists as it previously provided no primary eye health care at public hospitals.

“We are pushing to ensure that government has posts for optometrists, possibly one at every provincial hospital as a start. We are well aware that with a local school established, we will be able to have more and, thereby, allowing our people crucial eye health and prevent blindness and, therefore, reducing poverty,” he said.

Macheka said it was a challenge to recruit optometrists trained outside the country and then offer them government wages.

ZIMBABWE - The University of Zimbabwe (UZ) will open its first optometrist school by September in a move that will see the country produce its first batch of locally-trained optometrists. Speaking at an African Council of Optometry and the Zimbabwe Optomet...
Share via
x
More Information