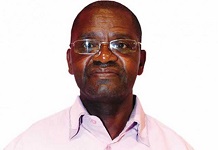 ZIMBABWE – Conformity by its nature cripples independent thinking, and Zimbabwe has come to a point where journalism operates as a captive of power. Media ownership has become a huge albatross around the necks of reporters, and it does not take scientific scrutiny to figure out the systematic behavioural adaptation that our journalists have perfected into art.

Newsrooms are ruthless filtering systems often decorated by the most misleading of mission statements and mottos, like, “reporting without fear or favour”, “telling it like it is” and so on and so forth.

Self-serving brainwashing, blind loyalty and compliance are essential for coerced stability, or for protecting the narrow-minded wishes of the powerful few.

We know that political parties and governments are notorious for their reliance on perpetual brainwashing, and that corporations have their own coercive ways of ensuring loyalty and submission. It is sad that the media also relies on complex filtering systems that are powerful enough to brainwash media practitioners – the very people most readers, listeners and viewers regard as authorities in truth.

Well, there is nothing particularly sophisticated about the art of journalism, and it has never been known to be hard for media houses to stifle and manipulate the thinking processes of journalists in their employment.

In Zimbabwe it takes a few months to study for a minimum professional qualification in journalism, and The Herald’s Nathaniel Manheru reckons a compulsory bachelor’s degree in the art could go a long way in helping to introduce a modicum of critical thinking in newsrooms.

Joram Nyathi and Nathaniel Manheru have concurred through pieces recently published by this paper that journalists in Zimbabwe have become willing tools for the furtherance of political agendas, and that they long abandoned textbook principles of the profession, that is for those that remember any.

Both writers dwelt a lot on how ZANU-PF has of late become a target of negative reportage from definable sections of the Zimbabwean media.

Nyathi has served across the media divide in Zimbabwe, and he knows from personal experience the cost one can pay for failing the test of newsroom conformity. But I will not play advocate for ZANU-PF’s encounters with rogue journalism. Simon Khaya Moyo is employed to do that.

Frankly, the world itself runs on conformity. The conventional education system is by design an elaborate filter – eliminating people deemed to be too independent, or those viewed as incapable of being submissive.

The splits now so characteristic of opposition politics in Zimbabwe have largely been a result of people being pushed out of mainstream party structures because they happen to be viewed as incapable of conforming to the wishes of the top leadership. The same has been the case with purges and expulsions of ZANU-PF dissidents.

Conformity is a value commonly shared between various institutions, including political parties and media houses.

People with power and interests own media houses, and as such it is viewed as dysfunctional to have people whose thinking patterns are a threat to those powers and interests.

When Joram Nyathi began to question the politics of Westerners over the sovereign internal affairs of Zimbabwe, his departure from The Independent was as predictable as the rising of the sun from the East.

What would to an outsider read as fair comment on the ruinous impact of Western-imposed economic sanctions on Zimbabwe’s humanity became a dismissible offence for Nyathi. Not only did he point out the inhumanity of economic sanctions, but he also pointed out how the sanctions had provided a convenient scapegoat for failing ZANU-PF politicians.

Justification for the popular land reform policy made Nyathi the loathed apostate at The Independent, and his occasional castigating of Western blue-eyed politicians in opposition circles was considered as unacceptable treachery, regardless of the merit in most of his arguments.

Matters came to a head after he penned an article titled, “Why I want to be a white man”. In this piece Nyathi lambasted one white commercial farmer for allegedly referring to a black land beneficiary as a “kaffir”. This was after the beneficiary had produced an offer letter to occupy the farm and for the white commercial famer to leave as it had been designated for redistribution.

Wrote Nyathi then: “Mugabe has tried to demystify the white man through land reform regardless of his other human foibles. It (the white race) hawks itself as the donor race. It is the same race which maintains sanctions on Zimbabwe, which have become as indefensible as rape, whatever the perpetrator’s defence.”

The piece was suicidal in the eyes of many, and soon the board determined that the journalist’s views were “outrageous”.

In ZANU-PF and in the MDC-T they say one “expels themselves” if they choose to go against, or appeal the decision of the Politburo or the NEC respectively. It does not matter that the person would have been told something as unacceptable as saying his victory in an internal party election has been nullified to pave way for the loser to be the winner.

Even such egregiousness is uncontestable.

Nyathi had the inclusive Government’s Jomic to thank for alternative employment, but the message that there is no room for independent thinking in media houses had been made abundantly clear at The Independent.

George Orwell is the favourite author of all time for many people, including, if not particularly for those on the right. The introduction in the later editions of his book “Animal Farm” states that the commissar’s bludgeon over the heads of those who said the wrong things in totalitarian Soviet Union was no different to the purge by the wealthy owners of the media over those who said the wrong things in England. To Orwell, the means were different but the end was the same.

The well-educated, the connected, the big shots who count themselves the movers and shakers of Harare, and just about the entirety of the affluent neighbourhood, have a collective assumption that there are things that the media should count improper to report, and journalists are more than aware of these assumptions.

We fondly remember that short period at the end of 2013 when the bewildered masses were allowed to enjoy unmitigated media exposes on corruption. There wasn’t any apparent overwhelming support from our elites, and this explains why the drama folded without repercussions for the shamed culprits.

The then Minister of Energy, Dzikamai Mavhaire, publicly wondered what the matter was with “The Herald of these days”. This was after he had read a scathing report on how he had decided to extend the contract of a CEO who was under probe for a corruption scandal.

There were good reasons for this paradigm. The minister was a State Minister, and the State is the major shareholder of Zimpapers, the parent company for The Herald. Naturally the minister expected to enjoy a certain level of impunity when it came to how The Herald covered his work, or at the very least, he expected acceptable moderate criticism; something like “CEO appointment faces mixed reactions”.

It is deplorable that our media institutions run on perpetual brainwashing of those they employ, but it is understandable that the institutions will not do things that will undermine their own existence.

It would be highly discrepant for us to assume that every journalist is brainwashed and lies for a living, or sings for their supper. Some, if not most of these journalists secure their jobs because they actually believe what they write. Some are obsessed with hate for ZANU-PF that they will lie deliberately just to vilify the party.

Others hate the imperialism drive behind the opposition credo in Zimbabwe, and they too will vilify the opposition by throwing anything throwable at the perceived insidious lot.

Well, Mangoma just told the whole nation that his time in the MDC-T was all about exaggerating and lying to smear ZANU-PF. I bet that is not another exaggeration. Even Obert Gutu did not dispute the assertion. He only mocked Mangoma for his inconvenient honesty.

One can argue that only a journalist who sympathises with what a media house stands for would seek to join the institution, or make the grade at the interviews.

Secondly, it is very hard to live with cognitive dissonance, unless one is a real cynic that can believe one thing and say another. We know there are charlatans like this in our politics – those who believe that the best and only sure way of abusing the youth for personal benefit is to pretend to be concerned about a better future.

There is this minuscule gutter journalism whose roguery is too base for meaningful discussion.

We are talking of people who basically preoccupy themselves with the business of lying, and we cannot reduce our dignity to the level of honouring their puerility with debate.

Nyathi suggests that rewarding such rogues with attention is playing right into their hands. He is right.

It is perfectly true that nobody tells me what to write under this column, but if I did not already have an idea what to write, I wouldn’t perhaps be a columnist for The Herald. There is an ideological confluence, a meeting of ideas, a convergence of principles of some sort between any columnist and the paper that publishes them.

Next year August this column will be a decade old, and will most likely be winding up to pave way for fresher minds. The verdict for posterity will hinge on integrity and principle. Hopefully history will record the way of honour.

Zimbabwe we are one and together we will overcome. It is homeland or death!!

Taking on the cities

ZIMBABWE - Conformity by its nature cripples independent thinking, and Zimbabwe has come to a point where journalism operates as a captive of power. Media ownership has become a huge albatross around the necks of reporters, and it does not take scientific...
Share via
x
More Information
x