Untying the corruption and mining knot in Zimbabwe 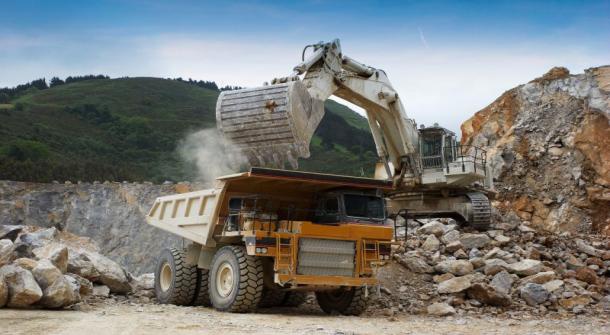 HARARE – Zimbabwe is blessed with vast mineral resources that can potentially turn around its distressed economy. However, this potential has been hamstrung by serious governance and transparency issues.

Zimbabwe has gold, platinum, chrome, coal, lithium and diamonds amongst many other resources and not very long ago, Zimbabwe was classified among the top diamond country producers in the world, but it seems that there is very little to point at for all that endowment.

Zimbabwe remains one of the poorest countries in the world and corruption has made it very difficult for the country to unlock its resources.

Prominent politicians, academics, industry leaders, international institutions and many internationally recognised think-tanks have signaled corruption as the evil that must be removed from Zimbabwe’s natural resources governance.

Yet, fighting corruption is not an easy exercise, it requires difficult decisions and consistency, setting up clear boundaries of standard operating procedures by which all players must abide with, strengthening of institutions that promote transparency among other vital steps.

One such step is adopting the Extractive Industries Transparency Initiative (EITI).

This is a globally recognised initiative that is meant to promote good governance and transparency within the extractive sector.

So far more than 50 countries subscribe to the EITI, among them are African countries and other third world countries that have struggled or continue to struggle with governance issues; the EITI’s principles can help stabilise this sector.

According to Virginia Hauler: “The Initiative is grounded in a shared belief that the prudent use of natural resource wealth has the potential to provide the basis for sustainable economic growth and development.”

Finance minister Mthuli Ncube has repeatedly promised that Zimbabwe will soon be part of the initiative; however, nothing has moved.

Joining such initiatives will be a plus for Zimbabwe, and it will help set the country in the right direction to fulfil its legal obligations set out in Section 298, Subsection (I) and Section 299 of its constitution which highlights transparency and accountability.

Under the EITI, revenues from the extractive sector to the government will be published openly; allowing everyone to see, analyse and take stock of the progress made out of the mining enterprise.

This can potentially increase investment in mining communities.

For example, the exact revenue from Chiadzwa diamond revenue still remains a mystery.

This led to many conflicts, along with deep-rooted suspicions and resentment towards mining operations, especially, following revelations by former president Robert Mugabe that the country had lost almost US$15 billion in revenue due to corruption perpetrated by mining companies.

This came at a time when the Chiadzwa community was bemoaning the lack of and dilapidated state of crucial infrastructure including, amongst others; schools, road networks and medical facilities in their area where the diamonds were being mined.

Mining communities have had to bear the brunt of pollution and various other gross human rights violations at the hands of state security and mining companies’ security officials.

This also came hot on the heels of revelations that diamond mining executives, senior government officials, few connected people and relatives of those who occupy high offices were accumulating obscene wealth out of the diamond extraction.

For example, former first lady Grace Mugabe had properties constructed, such as a lavish private school under her orphanage arm, whilst many have been struggling to get proper education in Chiadzwa and other parts of the

The Zanu PF party was another beneficiary, acquiring unfettered access to large sums of money which was, at the time, used to oil its electioneering machinery.

If Zimbabwe was a signatory to the EITI, this could have been avoided.

Lying about mining revenue would become increasingly difficult, and citizens would be able to demand answers in an informed way.

Corruption can also scare away potential and well-meaning

In an environment where corruption carries the day, the British Business Association CEO Jetin Shah said in 2020 about Zimbabwe: “FDI appetite for Zimbabwe has reduced drastically and the bottom line is due to lack of stability.”

Soon after removing Mugabe from office in 2018, the new government led by the Foreign Affairs and International Trade Ministry tried to go on an international charm offensive to lure investors, but this exercise yielded little results.

The country spends millions of dollars on international lobbying firms with less results whilst, Ncube is currently embarking on an international roadshow to market Zimbabwe as a safe and lucrative investment destination.https://0fa519dce90cb62d81b5ed46131f3f3b.safeframe.googlesyndication.com/safeframe/1-0-38/html/container.html?n=0

However, many investors are still skeptical about the unfriendly investment climate, within which, little seems to be happening regarding the curbing of corruption and strengthening of anti-corruption institutions.

With the EITI, it will be a different story altogether as investors will be assured by Zimbabwe’s commitment to international best practices. Zimbabwe is lowly ranked in Transparency International’s (TI) Corruption Perception Index; a consequence of state capture that is evident within the extractive sector, in which, contracts are normally awarded to cronies and relatives of those in

Transparency International defined state capture as “…the most pervasive forms of corruption, where companies, institutions or powerful individuals use corruption such as the buying of laws, amendments, decrees or sentences, as well as illegal contributions to political parties and candidates, to influence and shape a country’s policy, legal environment and economy to their own interests.”

Many communities have been caught by surprise when mining enterprises kick off in their area because contracts are secretly awarded without due consultation; no one knows the terms of the mining contracts and are, therefore, unable to independently assess how the country will benefit.

Such is the case happening currently in Hwange where a group of Chinese investors are forcing their way to mine in Dinde village and residents, who tried to protest and stand up for transparency are harassed and arrested.

They are not even given plausible explanations as to how the mining enterprise will affect them, in order for them to adequately prepare.

Mining is finite and it is essential to Zimbabwe’s development, thus, it needs to make good decisions while resources are still

It must subscribe to international best practices in order to avoid the natural resource curse.

Obey Manayiti and Sophie Cullis are both graduate students at Columbia University in New York, USA.

Untying the corruption and mining knot in Zimbabwe

HARARE - Zimbabwe is blessed with vast mineral resources that can potentially turn around its distressed economy. However, this potential has been hamstrung by serious governance and transparency issues. Zimbabwe has gold, platinum, chrome, coal, lithium a...
Share via
x
More Information