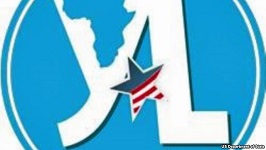 ZIMBABWE— The head of the U.S. State Department’s Young African Leaders Initiative (YALI), Paul Swider, is in Zimbabwe visiting several cities and towns where enrollment for the 2016 program is taking place.

At a packed city hall in Masvingo, young Zimbabweans lined up with questions for the U.S. official.  They hope to be selected for next year’s six-week program in the United States.

The head of the Young African Leaders Initiative, Paul Swider, explained to potential candidates what the program is all about.

“We see you as the future leaders of the continent, and we want to make friends, share information, connect with you so that when you do assume those roles as leaders in business and social endeavors and so forth we already know who you are. We are already friends.  Within the network there are a few investors, there are a few funders, there are a few other people who just want to connect because it is a network,” said Swider.

Samantha Nyereyemhuka – a disability activist – is one of the 60 Zimbabweans who have benefited from the fellowship.

“It [the YALI program] gave me a different perspective of what we do here in Zimbabwe that I hope to change or to improve in terms of sign language issues. Because if you look at sign language in Zimbabwe it is one of those languages that’s really not considered much. And people who are deaf tend to be not given a chance to express themselves because not many people know sign language. But with what I learned I hope to put a change to that,” said Nyereyemhuka.

Swider said any Africans like Samantha who want to make a difference in their communities are eligible to apply – regardless of geographic location, gender, or disability.

He said President Obama and the U.S. want young Africans to “step up to the plate” and join the most robust network on the continent.

Zanu-PF is a sunset party full of zero ideas – Analysts

ZIMBABWE— The head of the U.S. State Department’s Young African Leaders Initiative (YALI), Paul Swider, is in Zimbabwe visiting several cities and towns where enrollment for the 2016 program is taking place. At a packed city hall in Masvingo, young Zim...
Share via
x
More Information
x