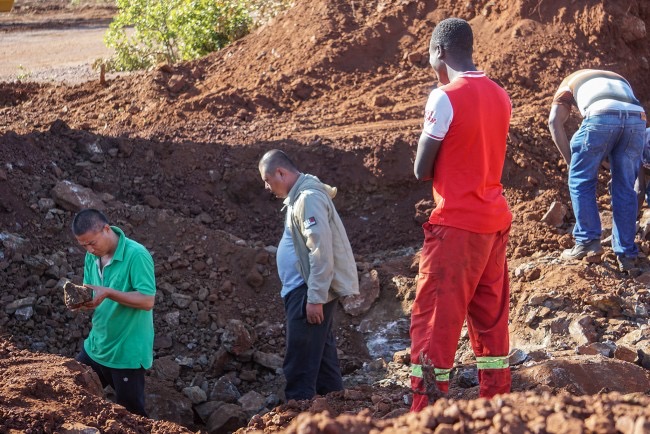 MASHONALAND EAST – Villagers in ward 14 (Nhakiwa), Uzumba constituency are against the proposed granite mining project by a Chinese company Heijin and have since written to the Mines and Mining Development ministry through their leaders raising their objections.

In an August 23 letter to the ministry, Marowa said 39 families would be displaced contrary to Heijin director Emmanuel Ndemera’s claims that only five households would be affected.

The area, he said, was grazing land for the whole community and the mining activities would also result in desecration of graves of freedom fighters buried in the sacred Chemadende Mountain.

“We believe that tampering with these traditional and cultural sites will have a negative impact on our society,” Marowa said.

“The negative externalities arising from the mining activities such as dust, chemical emissions and pollution of water sources and air will have a negative impact on the environment in general.”

On August 24, Kaseke also wrote to the ministry with other signatories, Lovemore Kaseke and Tozivepi Nyamuridzo, identified as committee members, citing the same reasons.

“We (villagers) and others from surrounding villages are against the mining of granite in our area by Ndemera’s company which came and put pegs without the residents’ approval,” he said.

In his letter, Chief Nyajina said: “I am objecting to proposed mining plans for Kaseke and Chibvi 2 by Heijin Mining Company because I was not consulted. There are at least 39 families who will be affected. We don’t have any place to resettle these people. There are sacred shrines in the hills for our ancestors.

Efforts to contact Ndemera were futile, but he is on record as having apologised for not following due process.

Panic over Mugabe fight back vow

Man convicted for stealing from Mugabe

MASHONALAND EAST - Villagers in ward 14 (Nhakiwa), Uzumba constituency are against the proposed granite mining project by a Chinese company Heijin and have since written to the Mines and Mining Development ministry through their leaders raising their objec...
Share via
x
More Information
x