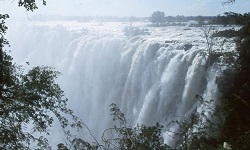 ZIMBABWE – The Zimbabwe Council for Tourism (ZCT) is lobbying government for the removal of value-added tax (VAT), which is being charged to accommodation payments for foreign visitors, saying Zimbabwe is an expensive destination to reach.

The 15% VAT on foreign tourists became operational in January.

Speaking at a media briefing in Harare yesterday, ZCT president Francis Ngwenya said a study undertaken by Zimbabwe Economic Policy Analysis and Research Unit (Zeparu) showed that VAT applied to foreign visitors’ accommodation bills has a definite and scientifically-recognised adverse effect on the sector and was deterrent to growth, not just in Zimbabwe, but internationally.

“We remain committed to lobbying for the removal of VAT and a return to the previous situation, in which no such taxation existed. Everything we can do to reduce costs for international travellers must be done. Zimbabwe is an expensive destination and we cannot exacerbate this situation by making accommodation costs even more expensive,” Ngwenya said.

He said the VAT threatens the growth of the tourism industry. The ministry of Tourism and Hospitality Industry sees the sector reaching $5 billion by 2020 driven by friendly policies such as the relaxation of visa and open skies policy.

Ngwenya said the results of the Zeparu study were about to be published “and we hope this will help the cause for which the ZCT has been fighting this past two years”.

Ngwenya lauded the extension on rebate by government on acquisition of capital goods given through statutory instrument 172 and 173 to a further 12 months.

He said the sector remains in a state of depression.

“Tourism is still not at the levels we would wish it to be and we continue to be faced with many factors that hinder growth and development — from the Ebola situation with its unfair and wholly-baffling impact on Southern Africa to worries about safety and security in international travel,” he said.

Commenting on International Conference on Aids and STIs in Africa (ICASA), Ngwenya said advance bookings were not significant hoping for an improvement as the conference dates approach.

He said previous ICASA attendances in North Africa were 5 000 and 7 000 respectively. He said attendance in Zimbabwe will be measured by previous attendance and hotels would be fully-booked. The 2015 ICASA conference runs from November 29 to December 4 at the Harare International Conference Centre.

ZIMBABWE - The Zimbabwe Council for Tourism (ZCT) is lobbying government for the removal of value-added tax (VAT), which is being charged to accommodation payments for foreign visitors, saying Zimbabwe is an expensive destination to reach.  The 15% VAT on...
Share via
x
More Information