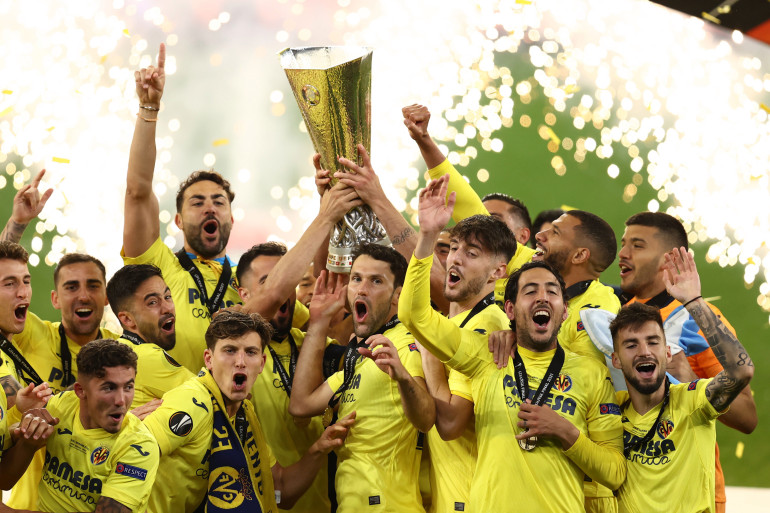 Villarreal defeated Manchester United 11-10 on penalties to win their first major trophy after a 1-1 draw in the Europa League final as goalkeeper David de Gea missed the decisive spot-kick in a remarkable shootout.

“It’s a disappointed dressing room. That’s football for you. Sometimes it’s decided on one kick — and that’s the difference between winning and losing,” said United boss Ole Gunnar Solskjaer.

“We have to learn from it, taste this feeling and make sure we don’t get it again.”

Villarreal midfielder Francis Coquelin was delighted that the victory also led to a place in next season’s Champions League.

“It feels really good. To play against a very good side like Manchester United, we knew it would be tough,” Coquelin told BT Sport.

“We didn’t manage to get to the Champions League through the league so to get it through the Europa League is something special — and a first title for the club as well — something amazing.”