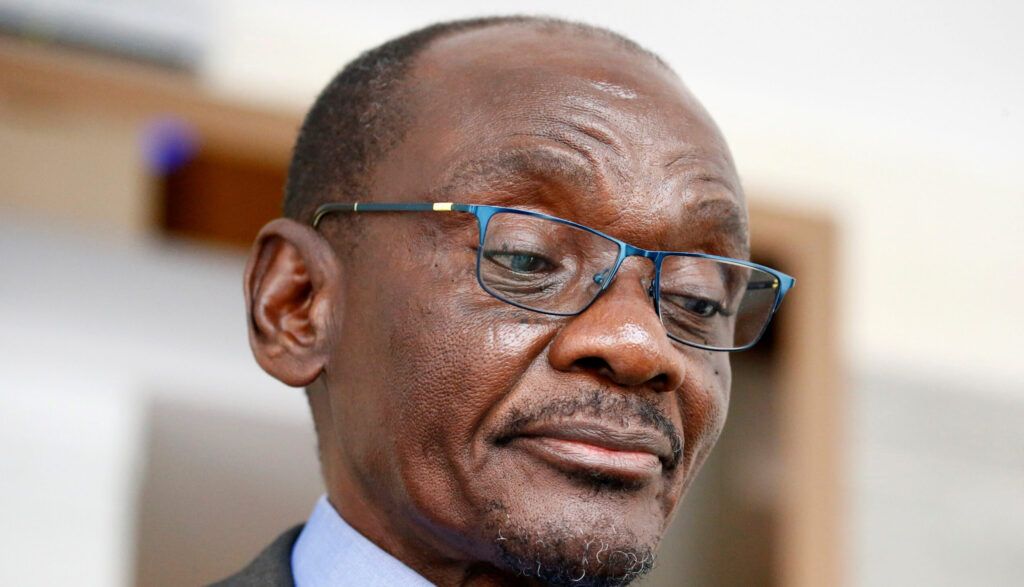 GOKWE – Zanu PF second secretary Kembo Mohadi, who is on a countrywide tour to meet chiefs, headmen and village heads, has pleaded with them to support the ruling party.

On Sunday, Mohadi visited Gokwe South, where he addressed chiefs, headmen and village heads, telling them that the country only has one party called Zanu PF.

Mohadi, who resigned after messy sex scandals, said: “Please we are asking you our chiefs, headmen and village heads to develop your organisation (Zanu PF). Zanu PF is your party, did you know that? Know it from today that Zanu PF is your party. We want to fight this war against the West fronted opposition.

“Zanu PF liberated this country. Did you know that this party is yours? We want you to increase the number of people to vote Zanu PF. Did you hear we want five million votes next year? We want them to vote for Zanu PF and through you, we know we will achieve that.”

While claiming that some chiefs, headmen and village heads were afraid to express their allegiance to Zanu PF, Mohadi told the traditional leaders that some unnamed people would be coming to the villages to work with them registering all villagers in Zanu PF books.

“This is your party and we want you to forgive those who come back to Zanu PF. We are asking you forgiveness again that our children will come to work with you in your areas to organise you in your areas, so please accept them,” the former Vice-President said.

“We want every village head to give us people we will check according to your register … If we are organised, we will rule until the donkeys have horns. Some opposition said we had done a coup and that we are a military government, but we don’t care.”

He warned village heads against registering the identity documents of people who were dead and those in the diaspora to hoodwink the party that it had supporters.

Turning to factional fights in the ruling party, he declared: “VaMavhima siyanai nenyaya ye (Cde Mavhima, stop fomenting) factionalism. I said Mavhima because he is the leader of the district.”