The warrant was issued although Wadyajena’s lawyer, Givemore Muvhiringi had submitted a medical report confirming that his client was unable to appear in court, as he was not feeling well.

The charges were later dropped after Muvhiringi successfully applied for refusal of remand on the basis that the charge in question was unconstitutional.

Wadyajena was also cleared by the Zanu PF Midlands provincial disciplinary committee on the same charges which concluded Muduvuri, a member of a rival faction within Zanu PF, was cooking up issues to settle personal scores since he was eyeing Wadyajena’s constituency. 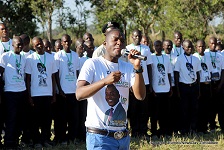