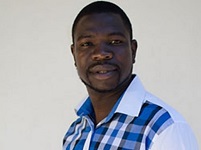 HARARE – The Zimbabwe Gender Commission (ZGC) has started investigations into the alleged sexual exploitation and abuse of women by Walter Magaya, a self-styled prophet.

Magaya is the founder and leader of Prophetic and Healing Deliverance Ministries church.

ZGC said an investigation into Magaya’s conduct was gazetted on 23 August 2019, but he launched a court challenge, stalling the investigation.

The commission said the courts have since handed down judgements which have allowed it to continue with the probe.

The ZGC is therefore inviting people who have sexual exploitation and abuse complaints against Magaya to come forward and present their cases. ZGC said:

The investigation which was gazetted on the 23rd of August 2019 (General Notice No.1444/2019) was halted by the Legal Challenge launched by the key respondent Mr Walter Magaya (Prophet Magaya).

As such, we are calling on all citizens who might have complaints of sexual exploitation and abuse (SEA) involving the conduct of Walter Magaya to present particulars of their complaints to the Zimbabwe Gender Commission.

The invitation is also being extended to all the complainants and witnesses to such acts which consist of SEA of Women within the denomination.

HARARE - The Zimbabwe Gender Commission (ZGC) has started investigations into the alleged sexual exploitation and abuse of women by Walter Magaya, a self-styled prophet. Magaya is the founder and leader of Prophetic and Healing Deliverance Ministries churc...
Share via
x
More Information