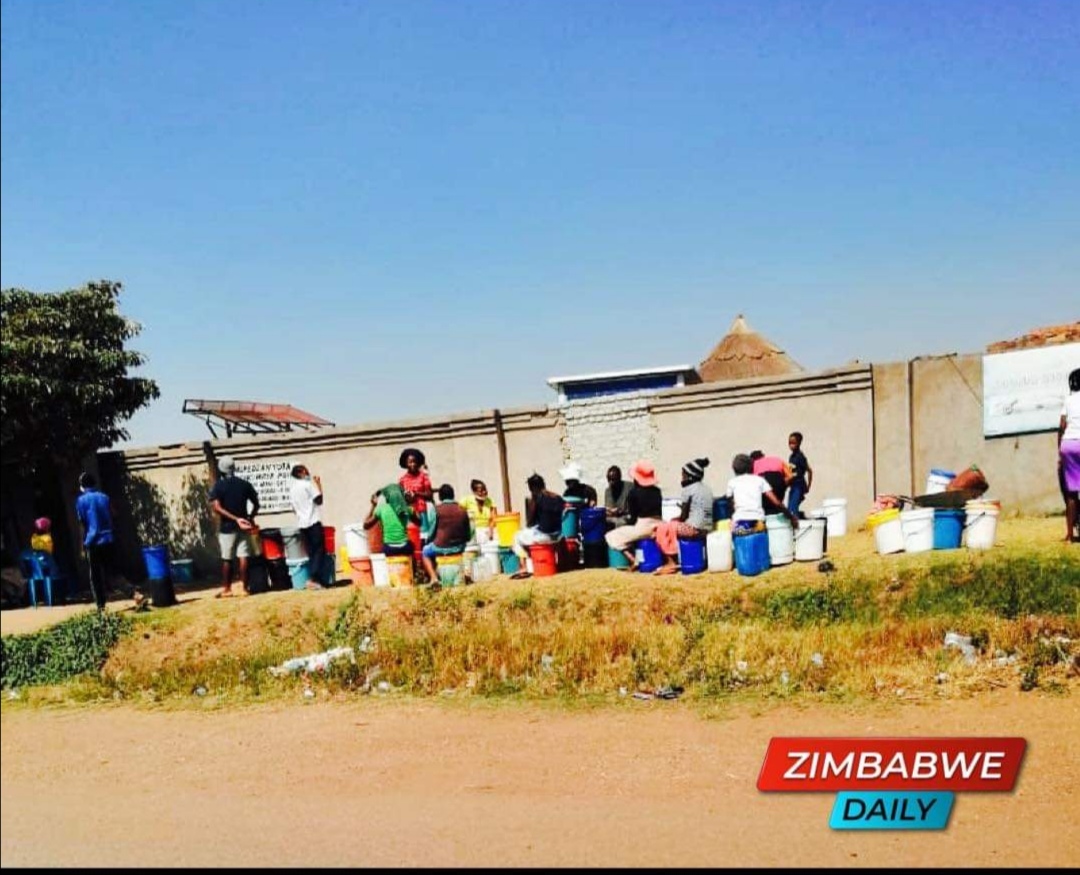 HARARE – The continued water crisis in the country has exposed women and young girls to many vulnerabilities, as those who supply water through bowsers are now demanding sexual favours in exchange for water supplies.

“The drivers and volunteers of water bowsers are openly ask for sex in order to supply us with water, we refused and are no longer supplying our section with water”, lamented one lady during the discussions.

Women who attended the meeting also highlighted that there was unfair distribution of water by these mobile water bowsers mainly due to sextortion.

Another area of concern was that women were being exposed to many dangers as in many times  they are out late at night fetching water.

TSergeant Dube who was representing the Mabvuku Police Victim Friendly Unit told those gathered that “Any form of violence against women and girls must be reported to the police and we are ready for action.”
Member of Parliament for Mabvuku-Tafara constituency Honorable James Chidhakwa also addressed the meeting and called on for immediate action on the issue.
”We need an urgent meeting with the District Officer because he is in charge of these water suppliers, last time I tried to engage one of the water supplier but I was told that I was interfering and seeking relevance”, said Chidhakwa.

In attendance was Councillor Wutaunashe of Ward 46, who bemoaned the Council’s incapacitation which was said to be a barrier to a water project set to benefit that Constituency.
Cllr Wutaunashe explained that, “The water supply challenges in our area has had serious implications on our people, however there is a partner who want to rehabilitate 36 boreholes and sink four more boreholes in Mabvuku –Tafara.”

Adding that,”City Officials have not been forthcoming in writing a report on the needs which is required by the partner and if the papers are not done by Friday this week the partner will pull out.”

The participant said the water  situation has exposed women to sexual and physical abuse while arguing that the Tafara women who “killed” a man who attacked her is not guilty of any offence.
Ms. Ivy Chimedza from WLSA also pointed out the need to reform the current legislation especially in areas to protect women who harm or kill their attacker in self-defense. explained that the current legislation was not progressive in protecting women especially when they harm or kill their attacker for self-defense.

Recently there was an outcry from residents after a poorly installed water tank fell and killed two minors and injured one other in an incident that occurred in Chitungwiza.

City authorities have been citing the cost of water treatment chemicals as one of the major causes for the inadequate water supplies which is leading to massive water shedding exercise across the country.

HARARE - The continued water crisis in the country has exposed women and young girls to many vulnerabilities, as those who supply water through bowsers are now demanding sexual favours in exchange for water supplies. The concerns emerged at a Water Dialogu...
Share via
x
More Information