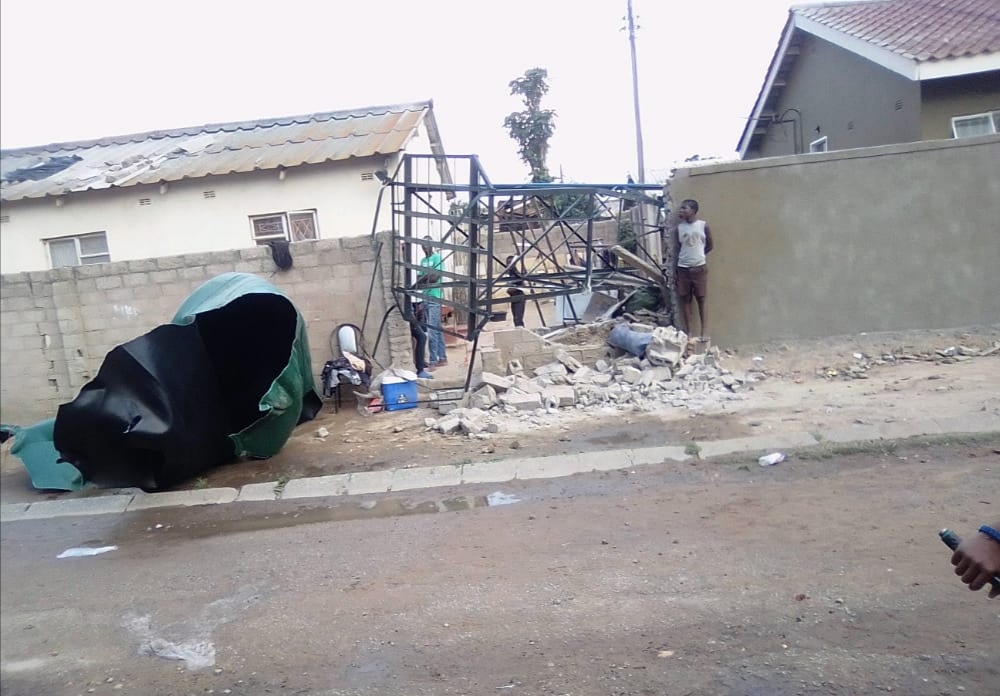 CHITUNGWIZA – The continued water crisis in Chitungwiza has resulted in the death of two young children and left another severely injured after a poorly installed 5000 litres water tank fell over them, Zimdaily has learnt.

The deceased are Colleen Kamonera (1yr 6 months) and Trinity Saungweme, who is in Grade 4.

The incident was also confirmed by a statement from the Chitungwiza North MP, Honourable Sithole.

He said “disaster struck in Unit A where a Tank Stand with a 5 000 litre Water Tank, which was poorly installed, fell on kids resulting in the death of two of them and the third one is admitted at Chitungwiza Hospital.”

The injured one is a boy named Thulani, young brother to Trinity and is currently hospitalised at Chitungwiza Hospital.

The incident occurred in Unit A.

Community Water Alliance has issued a statement mourning the death of the two young children while also appealing to the government to intervene to help solve the water crisis.

“Community Water Alliance mourns the death of 2 children who were victims of a 5000litre water storage tank that fell over them. The water movement wish the third victim who is a critical condition, a speed recovery,” read the statement.

The statement further highlighted the current water situation in Chitungwiza town which is battling with a water crisis due to lack of infrastructure.

Adding that “Community Water Alliance would want to inform the general public that drilling of boreholes within 300 square metres residential stands is not allowed at law. Both the ZINWA Act and Water Act do not allow such initiatives. The installation of public water points within high density suburbs was an attempt to close this gap.”

The statement also urged citizens to be proactive and participate in the budget formulation and allocation processes to ensure such issues are attended to by the relevant authorities.

“As the nation move towards budget formulation, citizens must understand that their collective voice demanding not less than 15% national budget allocation to water and sanitation is what makes the difference. We need consistent 15% budget allocation to water and sanitation over a period of not less than 5 years for us to stabilize water delivery within local authorities. We implore Government to take necessary action to realize the human right to water,” read part of the statement.

CHITUNGWIZA - The continued water crisis in Chitungwiza has resulted in the death of two young children and left another severely injured after a poorly installed 5000 litres water tank fell over them, Zimdaily has learnt. The deceased are Colleen Kamonera...
Share via
x
More Information