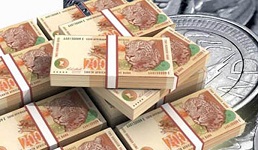 ZIMBABWE – The depreciation of the South African rand presents a challenge to Zimbabwe in terms of trade with its southern neighbour amid fears of low exports, a United Nations (UN) official has said.

UN director of macro-economic policy Adam Elhiraika told the sidelines of the launch of the UN World Economic Situation and Prospects for 2016 report yesterday that Zimbabwe has to strike an agreement or arrangement to make sure that fluctuations in the rand will not translate to low exports.

“Obviously, South African exports to Zimbabwe will be cheaper while Zimbabwe exports to South Africa will be more expensive for South Africans to buy. In the short run, Zimbabwe has to strike an agreement or arrangement to make sure that fluctuations in the rand are not translated to lower demand for Zimbabwean exports.”

He said the challenges in the economy Zimbabwe faced for the last 10 to 15 years are mainly due to macro-economic instability such as huge currency depreciation, hyperinflation that affected the country for a long time and therefore the investment process in the country.

Elhiraika said macro-economic stability will be critical to get people to increase deposits into their bank accounts in order to mobilise domestic savings.

“Managing the economy in a way that promotes macro-economic and financial stability will be absolutely critical for the country to mobilise domestic savings especially private savings. Macro –economic stability will be critical and people will only deposit money in banks if they are sure that value of their money will not depreciate quickly,” Elhiraika said.

“So this requires the country to ensure efforts towards inflation that remains under control and a financial sector that is more regulated, managed and directed towards productive investment that will help the economy to maintain stability.”

This comes as the economic prospectus for Southern Africa is expected to remain the weakest sub-regional growth on the continent growing from 2, 5% in 2015 to 3% this year.

The major reason attributed to this slow growth is due to South Africa suffering from weak demand and low prices for key raw material exports as well as electricity shortages.
Only Mozambique and Zambia are expected to register faster growth due to infrastructure projects and foreign direct investment.

ZIMBABWE - The depreciation of the South African rand presents a challenge to Zimbabwe in terms of trade with its southern neighbour amid fears of low exports, a United Nations (UN) official has said. The rand has been depreciating from R13 to the dollar l...
Share via
x
More Information
x