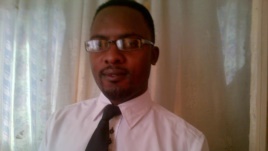 ZIMBABWE – Opposition parties agree that there is need for Zimbabwe to improve relations with the West in order to revitalize the country’s fast declining economy.

All the parties the Voice of America’s Studio 7 for Zimbabwe has been in touch with so far in a State of the Nation Series believe that the starting point is to have fresh elections and a new government. But what can these opposition parties do in 100 days if elected by Zimbabweans?

Women’s Affairs director Thabisile Ncube of Zimbabwe First led by Maxwell Shumba said her party will ensure that industries are revived as soon as possible while taking care of the most vulnerable members of society.

Her party will craft and implement policies designed to ensure that all natural resources benefit Zimbabweans.

The Zimbabwe Progressive Democrats will also fight for the effective management of resources in the country.

“We will also put up a team at the central bank, the Reserve Bank of Zimbabwe, to make sure that Zimbabwe has its own currency. As it is right now, Zimbabwe is the only country in the world that does not have its own currency,” said party vice president Norris Moyo.

According to Samuel Sipepa Nkomo, vice chairman of the People’s Democratic Party, the party will make sure that families have food while at the same time engaging “our friends” in the international community to boost foreign direct investment.

Nkomo said, “We have sufficient friends outside Zimbabwe we have talked to about HOPE and we continue talking to and they believe it is the answer (to economic revival) and we believe because they believe in it like we do they will actually bring in the necessary funds to kick start a growing economy in our country.

“Remember during the GNU (Government of National Unity) we became ministers and within a 100 days of our appointment there was food, plenty of food in the shops and this economy began to tick.  I believe that will happen once we are in power.”

Not to be outdone, Alois Dzvairo of the National Constitutional Assembly said his party will strive to turn around the economy.

But first, he said there should be rule of law in the country and that all ministers are accountable to the people of Zimbabwe as government officials want to enrich themselves at the expense of local people.

“Anyone who is employed by government institutions be it a minister, mayor or councilor has to be accountable for their actions,” said Dzvairo.

His party advocates for constitutional issues, empowerment of citizens and other related matters.

And David Rhoda Takaruza of Transform Zimbabwe said, “Within 100 days we are going to introduce an economic policy that will revamp the economy.

He said they encourage the proliferation of democracy in order to boost economic transformation.

Takaruza said, “A conducive political environment is the one that empowers even its own citizens and even the investors themselves.”

The World Bank projects that Zimbabwe’s economy is likely to grow by only one percent this year owing to lack of foreign direct investment and other factors.

Students in Zimbabwe are making beer with breakfast cereal

What can opposition parties do in 100 days if elected in Zimbabwe?

ZIMBABWE - Opposition parties agree that there is need for Zimbabwe to improve relations with the West in order to revitalize the country’s fast declining economy. All the parties the Voice of America's Studio 7 for Zimbabwe has been in touch with so fa...
Share via
x
More Information
x