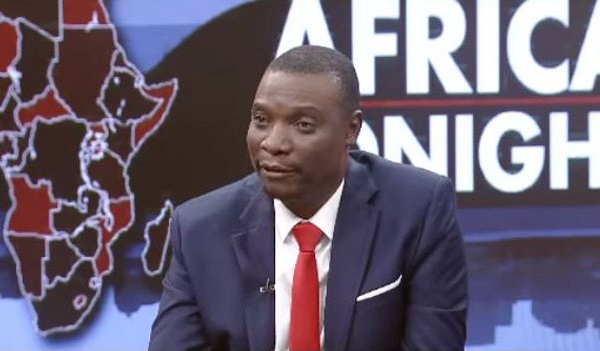 HARARE – National Patriotic Front, spokesperson, Jealousy Mawarire has questioned if the current calls led by the Zanu-Pf led government for the removal of the sanctions imposed on the country by some Western governments, particularly USA will bring any changes that will improve the situation in the country.

Mawarire took to his Twitter account in a 12 tweets thread to raise questions about the impact the removal of sanctions will have on the ordinary people, claiming that if anyone can show that this action will lead to reforms from the current government then he will also support the cause.

He highlighted a number of issues that are currently happening in the country which include the abduction of opposition political activists, use of the courts to silence dissenting voices and massive corruption by government officials.

The Zanu-Pf led government has been driving a massive public relations campaign aimed at trying to force the USA and it’s allies to lift the sanctions that were imposed on Zimbabwe in the early 2000s.

SADC has also joined the call and on the 25th of October, the region will commemorate the second edition of the SADC Anti-Sanctions Solidarity Day.

BELOW IS THE FULL THREAD BY MAWARIRE:

1)I have seen a lot of msgs from junta apologists in Zim calling for the removal of sanctions. The most interesting thing is the insinuation that if these targeted sanctions are removed off the necks officials running the military regime here, immediately, Zim will be a paradise

3) stop? Are we foolishly optimistic that the moment sanctions are removed, electoral theft will stop? Do Zimbabweans believe after removal of sanctions, ZBC will become a truly public broadcaster & afford every Zimbabwean a voice? Are we so gullible to believe that the day

6) I would love to know, @nickmangwana, if the day sanctions are removed Zimbabweans will be allowed to vote for MPs & councillors of their choice without some dubious court ruling donating those seats to a politician they didn’t vote for? Will the removal of sanctions

8) will end monopolies in the fuel industry? Tell me folks, will the removal of sanctions make the president realise that it’s corrupt for him & his chln to import buses, at a premium, for a State Owned Enterprise like Zupco? I might be naive, but help me Zimboz, would

10) instead of having more than 85 in Harare alone? Will the removal of sanctions stop thieving enterprises like Command Agriculture where more than US$7bn has been looted by Idhii & his cronies? Tell me Zimbabweans, will the removal of sanctions stop the deliberate ploy to kill
11) Econet & it’s Ecocash money payment system inorder to create space for Idhii & his Peter’s take over of Netone Data platform & mobile money platform through CBZ? I want to know, fellow Zimbabweans, if the removal of sanctions will give us a pro-people leadership. If u can
12) demonstrate to me, that all the ills I have listed above, and many more that others are raising, will automatically go away after sanctions are lifted, then & ONLY then, will you have my voice on the issue of sanctions removal.

Luk-ing The Beast In The Eye: Central Government At The Epicentre Of The Challenges Faced By Local Authorities

HARARE - National Patriotic Front, spokesperson, Jealousy Mawarire has questioned if the current calls led by the Zanu-Pf led government for the removal of the sanctions imposed on the country by some Western governments, particularly USA will bring any ch...
Share via
x
More Information
x