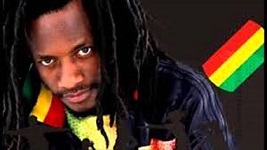 ZIMBABWE – The song has made it on to BBC 1Xtra’s play list where it IS playing among other big tunes from the African continent and the rest of the world.

The song has also made it onto BBC 1Xtra’s top deejay-Edu’s top five African tunes of the moment.

However this is not the first time Winky D has made it on to BBC 1Xtra playlist.

His previous hits Takaipa Takaipa and Musarova Bigman have also made it on to the playlist.

“We are happy of course and it only goes to show that if you don’t lose focus progress will always find you.

“Don’t listen to the negativity they say just focus and set your eyes on the prize, results will come.

“The vision will come as you walk you mission.”

Disappear of the Gafa Kickstape has become a house and club banger and has even seen some churches remix the song to a gospel song,