WOMEN: PAWNS IN A GAME OF CHESS 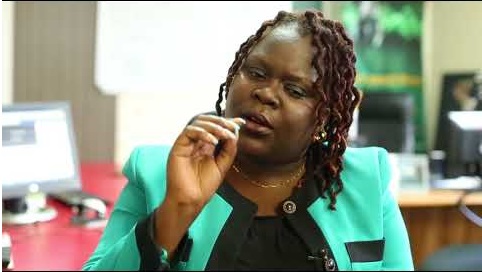 It is an open secret that women in leadership in Zimbabwe & probably the rest of Africa are pawns in a game of chess, used time and again to settle cheap political scores in political parties, treated as second class citizens in companies and remote controlled in boards.

The change that we so aspire as women, can only happen when we #ChooseToChallenge. I chose to challenge patriarchal dominance at a very tender age. I have challenged gender stereotypes and gender roles all the days of my life.

Women in Zimbabwe constitute about 54% of the population of about 14 million people. During the 2018 harmonized elections only 1176/5620 women were nominated to run for local government council seats yet only 261 women were actually elected as councillors out of 1958 wards which is 13.3% of all the council seats. This is a real cause of concern as it shows how disconnected women are from the day to day runnings of their communities. Development happens at ward level, if we had more women in council, we would probably not be having water challenges all over Zimbabwe and poor service delivery because women get the job done. As we commemorate this year’s 2021, I am daring to choose to challenge the status quo and offer themselves to be the development ambassadors of their communities and wards.

A total of 243 women out of 1405 men were nominated as parliamentary candidates and only 26 women were directly elected into parliament out of the 210 elective seats available in parliament. This figure shows clearly how women who constitute the biggest numbers in political parties are just used to push for the big man syndrome in political parties. As long as women are comfortable with being doormats in political parties they will keep crying for affirmative action which has failed to work since time immemorial.

Women need to be bold for change, push for gender equality in all levels of governance, at the workplace, in the community and in social spaces. Charity begins at home, as we push for the realization of section 17 and 56 of the constitution of Zimbabwe, let us empower the boy child to understand that they are equal with the girl child.

Women in Zimbabwe should choose to challenge patriarchal dominance, toxicity of the electoral playing field, polarization and manipulation of the political economy.

The constitution of Zimbabwe (2013) provides a strong legal framework for the promotion of gender equality and women empowerment at every level of governance in all institutions and agencies of government in Zimbabwe. Section 56 of the Constitution clearly provides legislation for Equality and non-discrimination of any person. Section 56(2) reads, “Women and men have the right to equal treatment, including the right to equal opportunities in political, economic, cultural and social spheres.”

Section 17 lays the provision of gender balance in Zimbabwean society and promotion of women participation by the state in all spheres on the basis of equality with men. Zimbabwe is also signatory to key regional and international human rights instruments such as the Committee on the Elimination of all forms of Discrimination Against Women (CEDAW), the Protocol to the African Charter on Human and People’s Rights on the Rights of Women in Africa (2003), SADC Protocol on Gender and Development yet we are still failing to comply with these international instruments and constitutional provisions in regards to gender equality. The state must take positive measures to rectify gender discrimination and imbalances resulting from past practices and policies and must take practical measure to ensure that women have equal opportunities and access to land and natural resources as enshrined in section 17 of the Constitution of Zimbabwe. Section 17 (1b) is continuously violated by the state, political parties, institutions and agencies of government as the fail to comply with its provision to ensure that both genders are equally represented and that women constitute at least half the membership of all commissions, elected and appointed governmental bodies established by the Constitution or any act of Parliament.

The Constitution of Zimbabwe remains supreme law of this land as enshrined in Section 2 which speaks to the superiority of the Constitution and how any law, practice, custom and conduct which is inconsistent with it is invalid to the extent of the inconsistency. It is high time women of Zimbabwe take legal action on the state and political parties for failure to adhere to constitutional provisions if we are truly sincere about the issue of gender equality. No one is above the law and no woman should continue being prejudiced of their rights because of selective application of the Constitution and patriarchal dominance. In short no one is more Zimbabwean than the other.

Women in Zimbabwe continue to face a myriad of challenges in the political, social and economic spheres Sue to historical marginalization, gender inequalities and imbalances. Harmful cultural and religious practices have negatively impacted on women’s rights including power imbalances, patriarchal attitudes, ignorance of constitutional provisions in regard to gender equality and high levels of misogyny in the political economy. Women are still viewed as tokens in the political arena were they are used as pawns in a game of chess to settle cheap political scores and organize support for male chauvinistic leaders who hardly give women space at the dining table, which has led to most women hardly occupying key decision making positions in political parties in Zimbabwe.

The buck stops with women because there is nothing for women without women and no power is ever delivered on a silver platter. It’s not easy to break barriers but its important for them to be broken for posterity so that the upcoming generation of young women leaders won’t be verbally and sexually harassed and abused in political parties. If we do not fight to end abuse of women in political parties as women we will continue swimming in the same dark, murky waters.

As the President of Labour Economists and Afrikan Democrats (LEAD), I am proud to announce that LEAD is the only party in Zimbabwe that does not have a women’s wing/ women’s league or women’s assembly. We abolished the women’s council in October 2020, after thoroughly interrogating how it has been used as a systematic tool to marginalize women in politics. We chose to challenge partriarchal dominance and have ensured that gender equality is a reality in our party.

If women are not on the dining table they are definitely the menu. Strides should be made to ensure that more women occupy public leadership positions so as to tackle pertinent issues that affect women. This choice lied with women themselves, are they ready to LEAD?

High prevalence of violence in the political terrain has posed major challenges to the advancement and empowerment of women.

Harare Hospital hasn’t had running water for years and the most affected are women and I have never had any MP raising that issue, even though I have protested about it and wrote about it several times. There is just lack of political will to ensure that the issue is rectified. Lack of running water affects the woman in labour more who is made to carry several buckets of water before delivery and these are issues that could be dealt it and accomplished once and for all if we had more women in Parliament. There are a lot of issues that need a woman’s touch at policy level which include how to deal with high rates of child pregnancies and marriages, vulnerability of women to HIV, sexual reproductive rights, gender based violence, effects of climate change on women, lack of access to natural resources and police brutality on women. These are issues that need urgent attention and can only be raised by men with feminist lenses and we hardly have any of those in the 9th Parliament of Zimbabwe.

Most policies in Zimbabwe have remained gender blind and unresponsive to the needs of women. It is not a secret that lack of adherence to constitutional provisions and prioritization of gender issues has resulted in poverty, food insecurity, economic disenfranchisement of women and prostitution. A genuine desire to address these issues is needed from the State, all Executive, Legislative, Judicial institutions and all agencies of government right down to the common woman in Malipati. Lack of political will to address these challenges is the tragedy of Zimbabwean women. Women of Zimbabwe arise for posterity and save yourselves from doom.

Stiffer penalties should be put in place to deal with any organ government, political party, public, private or civic organizations that do not comply with constitutional provisions in regard to gender equality and full promotion of equal rights, in our quest to be a truly Democratic, Transformational and Developmental State.

There is no democracy without women. Women in political parties should stop being used as patriarchal gate keepers of misogynistic men who do not practice what they preach. There is need for a paradigm shift of the mindsets of women if they truly want patriarchy to be abolished.

I have always been a strong advocate for gender justice, labour justice, constitutionalism, Socioeconomic and political rights and the levels of intolerance that continues to be exhibited towards women who have divergent views from the MDC Alliance is contrary to the values they speak of as a party that claims to be Democratic. It is rather unfortunate that instead of upholding democracy they manifested into ZanuPF culture of intolerance.

In conclusion, it is imperative for the 9th Parliament to ensure that there is adequate electoral reform to address women representation issues, gender delimitation of constituencies and strict sanctions for hate speech and politically motivated violence towards women. There is need to start redefining how we do politics in Zimbabwe and to completely move away from politics of patronage and personalities. We need a more gender sensitive, inclusive and holistic approach of selecting public officials with the capacity to develop and transform Zimbabwe.

From challenge comes change, so let us all choose to challenge partriarchal dominance and take charge of our destiny.

WOMEN: PAWNS IN A GAME OF CHESS