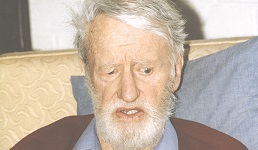 ZIMBABWE – For many people born after Zimbabwe attained independence in 1980, the brutal war of liberation is just a folktale, or a story off the pages of a history book.

But not so with many women who fought in that war — some are still haunted by their experiences while others witnessed the spiritual world backing their efforts in strange and amazing ways that defied logic.

Agnes Siyakurima Rusike, who first operated as a war collaborator — then known as Chimbwidos — still nurses bitter memories of loved ones who perished in that brutal war.

This was after she had been taken to Tete Province in Mozambique in 1977 together with nine other girls and 23 youths and underwent six-months training in guerrilla warfare.

That was where she first experienced the horrors of the war.

“I saw bombings several times. Many of my colleagues perished, and the Rhodesian forces killed even sick people. I saw stomachs being split open,” Rusike, who was a nurse during the war, remembers.

Speaking to NewsDay on a trip to a workshop organised by the Centre for Legal Resources and Research and the Ministry of Justice in Kariba, Rusike said she joined the liberation struggle as a young girl in 1976 while in Grade Seven.

She said she was in Uzumba when she was taken to a protected village referred to as a “Keep” in local parlance where she first operated as a war collaborator — popularly known as Chimbwido — and where fighters gave her a medical kit and taught her how to treat patients.

She said she was very active, but was sold out to the Selous Scouts, who captured her before torturing her, “brutally damaging one of my breasts”.

The Selous Scouts was a clandestine special forces regiment of the Rhodesian army that operated from 1973 to Zimbabwe’s Independence in 1980.

Rusike was later taken to Mutoko by fellow freedom fighters where she was nicknamed Mawaya as she used to insult the former Rhodesian prime minister Ian Smith regime.

She said they often had to seek shelter in the mountains as they fled from the enemy bullets and, mysteriously, baboons would guide them to caves where they would be safe from danger.

She said they were certain observances they had to adhere to for that relationship with animals in a war situation to be fruitful.

“In order for the animals to accept us in the forests and not harm us we never used soap when bathing or to spray perfume. We rubbed ourselves with leaves and the forests knew that we were part of them and were acceptable,” she said.

She said this also applied to Frelimo and Swapo freedom fighters who did the same.

On the trip to Kariba, just before the bus reached Chinhoyi town, Rusike asked the driver to make a brief stop at Chinhoyi Provincial Heroes Acre so that they could pay homage to their fallen comrades.

Rusike said life was tough for female combatants at Maroro Camp in Mozambique as they were often malnourished and had to fight for the little food available.

“For women it was very difficult. We had no sanitary wear and we used tree leaves. There was no water in the bush and we suffered from rashes (mhezi) and lice infestation,” she said.

“Most girls, who went to war were virgins, but they suffered rapes and even had babies. Those children and babies were abandoned by their fathers after the war and the women suffered a lot.”

Rusike said 36 years after the war, she still feels the effects and has a strong belief that even today the spirit world is active and is taking care of everyone.
She claimed that the spirits of Ambuya Nehanda and other fallen heroes offered them protection.

“I always feel their spirits manifest in my body heavily whenever I approach liberation war shrines and at drills,” she said.

Other female ex-detainees, who spoke to NewsDay on condition of anonymity gave harrowing narrations of being raped by Rhodesian soldiers while in prison.

“We were forced to soak our soiled sanitary wear into water and made to wash our faces and teeth using the blood-stained water. Other forms of torture were that we would be forced to relieve ourselves on the ground and made to pick up the excreta using our hands to then throw it in the toilet. We could not eat food afterwards,” said one female ex-detainee said.

Another female detainee said she was abducted by Rhodesian soldiers at Tangwena Village while she was bathing naked in a river with other children at the age of 10 years. She weeped bitterly as she told NewsDay how she was raped by the soldiers.

“In the detention camp where they kept us with 116 other abducted people, the Rhodesian soldiers refused to allow us to go to the toilets outside the building. They placed 20-litre containers which they said everyone should use as a toilet,” she said in tears.

“There was no privacy and we had to do duties to carry the excreta outside to dispose of it. If one was unlucky and the bucket was full, they would carry it with the excreta spilling on them,” she said in tears.

The ex-detainee said the appalling memories still affected her. She said being released years later when she was now 18 years, her father was dead and mother disabled.

“One of my friends, who was imprisoned with us lost her senses and is still mentally disturbed,” she said.

A war collaborator (mujibha) Charles Gawu said he started assisting in the war at a tender age of 13 and his duties included sourcing and delivering arms, food, medicines and clothes for the freedom fighters.

“We also supplied information about the whereabouts of the enemy. Some people would sell us out and we were beaten up, detained and tortured once captured. We would walk very long distances carrying the supplies on thorny bushes at night which were wild life areas.

“Sometimes we would wonder how we survived after discovering we had been sleeping near huge snakes. But, they would not harm us because the spirits would be protecting us. We all used snuff (Bute) because Ambuya Nehanda was the spirit guiding us,” Gawu said.

He said 36 years after war, they were still traumatised after witnessing many deaths and tortures.

“Their levels of suffering are different. After the war there was need to set up a national rehabilitation programme to offer psychological help to them.
Because there was no such programme some of them, who were psychologically affected ended up going to traditional healers,” Tapfumaneyi said.

Women's harrowing tales from the war

ZIMBABWE - For many people born after Zimbabwe attained independence in 1980, the brutal war of liberation is just a folktale, or a story off the pages of a history book. But not so with many women who fought in that war — some are still haunted by their...
Share via
x
More Information
x