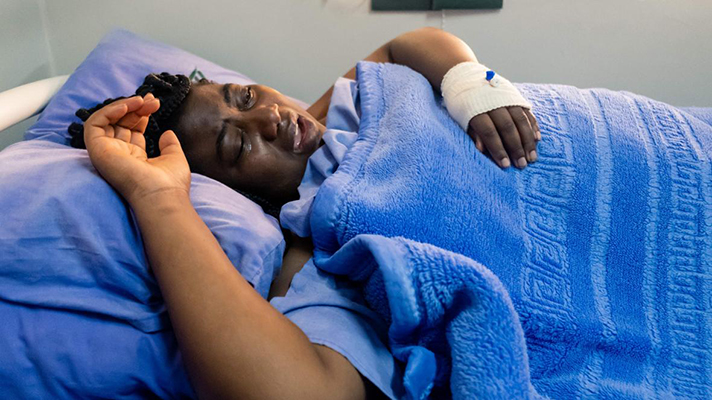 This follows a widely circulated video in which the Harare West legislator is being forcibly removed from a local hospital and taken back to prison before being attended to by a specialist as advised by doctors.

“We the undersigned women’s rights organisations and women-led community-based organisations (CBOs) are concerned and deeply worried about the recent harassment of Harare West Member of Parliament(MP) Honourable Joana Mamombe by prison officials.

“A video of the brazen inhumane treatment of Hon. Mamombe has since gone viral across social media platforms. In the video, a visibly sick and in pain Hon. Mamombe is shedding tears pleading with the prison officials not to move her back to the notorious Chikurubi Maximum Prison before she has fully recovered,” read the statement.

The statement said Covid-19 was being weaponised to close the democratic space in the country as Mamombe and fellow activist Cecilia Chimbiri had observed World Health Organisation (WHO) guidelines during the presser that led to their arrest.

It further said Mamombe was being targeted since the reports of the abduction last year in May.

“…In addition, it has been apparent that Hon. Mamombe has been deliberately and vindictively targeted since her abduction and torture in May 2020.”

Mamombe, Chimbiri and Netsai Marova have been in and out of prison since last year when they made reports of abduction and torture.

The MDC Alliance said the continuous arrest of the trio was part of the efforts to silence dissent through prosecuting those who speak truth to power.

HARARE - A group of women's rights organisations jointly issued a statement expressing concern over the recent denial of access to health care to incarcerated MDC Alliance activist Joana Mamombe. This follows a widely circulated video in which the Harare ...
Share via
x
More Information