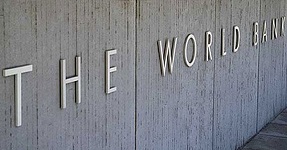 ZIMBABWE – The World Bank has applauded Zimbabwe for making remarkable progress in improving ease of doing business in the country.

Speaking on the sidelines of an Ease of Doing Business meeting on Thursday in Harare organized by the President’s Office, World Bank representative Camile Nuamah said the organization is happy about the government’s moves in creating a conducive business environment.

The World Bank country representative made the remarks as Zimbabwe completed the first 100 days since it started reforms to improve its investment environment.

A representative of the President’s Office, Christian Katsande, said Zimbabwe is happy that it has done a lot in 100 days to create a good environment for investors.

Meanwhile, a United Nations report indicates that Zimbabwe chalked up the fastest average growth in human development between 2010 and 2014 compared to other African nations.

According to the Associated Press, the report says the country seen largely as a basket case in recent years, had the highest change in the Human Development Index ranking on the continent.

The 12 percent jump was attributed to donor aid and remarkable strides in enhancing the education system.

The index is measured on life expectancy, standard of education and other factors.