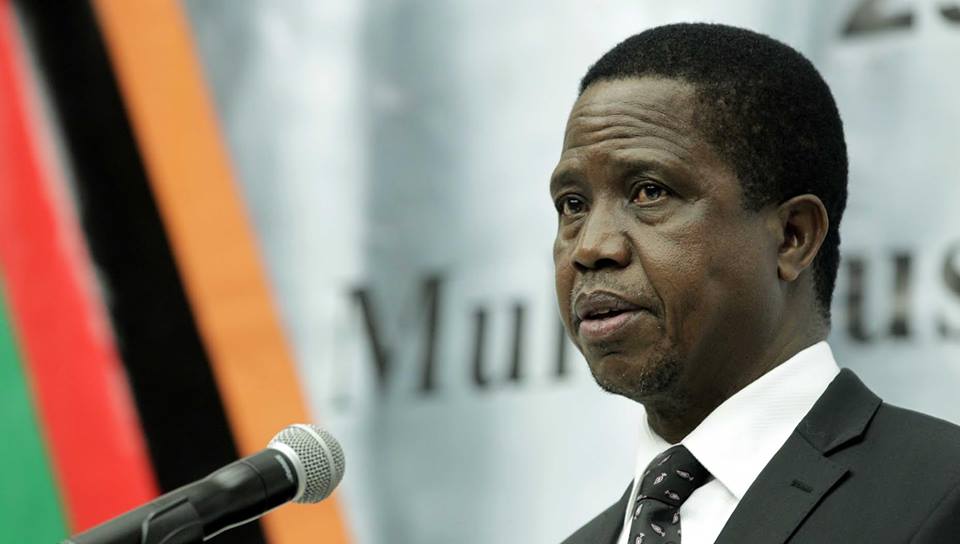 Lungu, a lawyer, is pitted against economist Hakainde Hichilema of the United Party for National Development (UPND), whom he narrowly beat in the 2016 elections.

Zambia, Africa’s no.2 copper producer, is the grips of an economic crisis after it failed to make payment of a coupon on one of its dollar bonds in November, dragging it into sovereign default.

Speaking at the launch of his own campaign in the capital Lusaka, clad in dark green jumper and cap representing the ruling Patriotic Front (PF) colours, Lungu told the hundreds of party supporters gathered that he would not hold public rallies, and expected opposition parties to do the same.

“Therefore, in my capacity as Head of State and the government, I hereby direct the police service and the ministry of health to ensure enforcement of the COVID-19 pandemic health regulations and guidelines without fear or favour,” Lungu said. “What will it benefit you to be holding rallies, but then sacrifice the lives of our citizens and voters to Covid-19 and death?” Lungu said.

Zambia’s Covid-19 positivity rate, which was around 1% for most of May, rose to almost 3% on Tuesday. Active cases increased to over 900, from around 400 at the start of the month, according to the health minsitry.

The southern African nation has recorded more than 93,000 confirmed cases of Covid-19, with more than 1,200 deaths.

“President Lungu is being hypocritical, because the gathering outside the conference centre where he launched his campaign was more like a rally,” Bwalya said.

Zambians will be voting in presidential, parliamentary and local government election. There are 16 presidential candidates, with Lungu and Hichilema the main contenders.