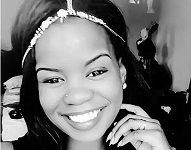 ZIMBABWE – An  investigation into the death of Higher and Tertiary Education, Science and Technology Development Minister Professor Jonathan Moyo’s daughter in South Africa last month has been “elevated to the most senior ministerial levels in both governments”, it was announced yesterday.

South African President Jacob Zuma dispatched his Health Minister Dr Aaron Motsoaledi to Harare this week to take control of what has become an ugly and messy affair after Prof Moyo’s family voiced disquiet with the way investigators in Cape Town were handling the unexplained death of 20-year-old Zanele, found dead in her apartment on October 17.

President Mugabe and Vice President Phelekezela Mphoko both called for a thorough investigation in the days shortly after Zanele’s death.

Dr Motsoaledi yesterday met Prof Moyo’s family in Harare in the presence of his Zimbabwean opposite number, Dr David Parirenyatwa, after which the two ministers pledged to “expedite and take the matter to finality” in a joint statement.

The two ministers said they met the family “to discuss the puzzles around the unfortunate death of Zanele Moyo”, a second year student at the University of Cape Town.

“The issues discussed were pertaining to concerns surrounding the events of the investigation and the manner in which the post mortem was handled,” Dr Parirenyatwa and Dr Motsoaledi said in their statement. “After a thorough discussion, the three parties agreed that since the matter involves two sovereign states and due to the problems and confusion encountered thus far, it was decided that the matter be elevated to the most senior ministerial levels in both governments.”

They also agreed, they said, “that a process be set up between the Minister of Health in South Africa and his Zimbabwean counterpart, with the help of relevant authorities and experts from both countries, to expedite and take the matter to its finality.”

The process, the ministers said, would involve a review of the investigation and progress made to date; an examination of post mortem procedures and conclusions as well as the repatriation of the outstanding remains.

Zanele was laid to rest at the Glen Forest Memorial Park in Harare on October 22.

Her family was informed of the missing heart after burial, prompting them to write to both South African police and the Salt River lab seeking answers — which have so far not been forthcoming.

The Moyo family lawyer Terrence Hussein, in a letter of complaint, said the discovery that Zanele’s heart was missing “had only compounded the grief that they have had to endure”, adding: “At no point did our clients consent to the removal of any organ, nor were they even informed of this.”

He said the Moyo family felt “their beloved daughter had been disrespected and violated” in ways that “seriously violate their cultural beliefs and sensitivities.”

Both the Salt River lab and South African police have so far declined to comment. But in off-the-record briefings with the South African media, police appeared to suggest Zanele could have died from alcohol poisoning.

The New Age newspaper quoted a source close to the investigation as stating: “The preliminary autopsy report has been concluded and ruled out any foul play. Her death might have been caused by alcohol poisoning.

“We’re also looking into reports that she tried to commit suicide twice and ended up in rehab last year as a result of alcohol abuse. We are just waiting on the toxicology report.”

Another unnamed source told the same paper: “It remains unofficial that some internal organs burst as a result of excessive drinking.”

The reports deeply upset Zanele’s family, who were told in the early stages of the investigation that toxicology test results which hold clues to the cause of Zanele’s death could take up to five years owing to the huge amount of murders the Salt River Laboratory handles. The lab receives between 10 and 15 bodies daily — around 3 300 bodies a year.

Now, following President Zuma’s intervention and the prioritisation of the case, Prof Moyo’s family hopes the toxicology tests will be expedited.

Described by her sister Lungile as a “very happy person who loved to make people laugh” and “very wise for her age”, Zanele was reading for a degree in political science, international relations, and gender studies. She lived off campus.

Her friend, Nicole Bento, last saw her on Wednesday, October 14, at her apartment. She was in the company of a Zambian man who has been named as Stephen Kenneth Newman Chitobolo, 29.

Nicole has told investigators that Chitobolo —whom she had earlier observed smoking cannabis — called her at about 9PM on that same day and said Zanele was “passing out”. He claimed he was leaving for Zambia because his father had died.

Nicole, a high school friend of Zanele’s, was unable to go over to her friend’s apartment because her mother had visited. She tried to reach Zanele on Thursday and Friday without success until Saturday, October 17, when Zanele’s mother, Beatrice, called from Zimbabwe and instructed her to find a locksmith and get inside the apartment.

Zanele’s door had been locked from inside. On finding her, she was dead and lying in a pool of blood. The building’s caretaker, it is reported, pulled Zanele’s body hoping to turn her over and administer first aid — leaving a trail of blood smear on the bathroom floor. A small amount of cannabis was also found in one of the rooms.

It remains unclear if Cape Town police have been able to interview Chitobolo, who is thought to be the last person to see Zanele alive. Zanele’s family believes Chitobolo is a key figure in her death.

ZIMBABWE - An  investigation into the death of Higher and Tertiary Education, Science and Technology Development Minister Professor Jonathan Moyo’s daughter in South Africa last month has been “elevated to the most senior ministerial levels in both go...
Share via
x
More Information
x