ZEC Fares Hike Did Not Pass Through POLAD: Madhuku 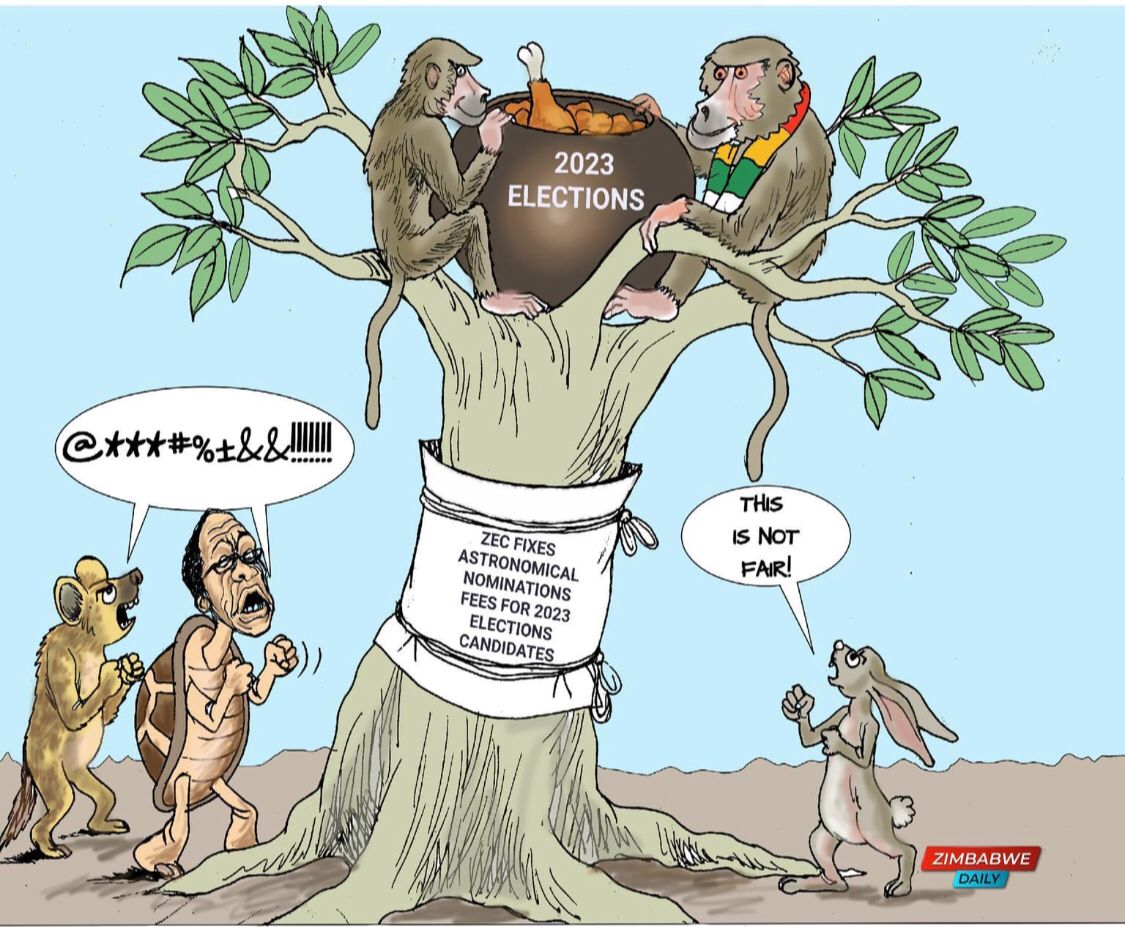 HARARE – National Constitutional Assembly(NCA) leader Lovemore Madhuku says the Zimbabwe Electoral Commission (ZEC) does not have powers to hike nomination fees for election candidates adding that the decision to hike the nomination fees to be charged in United States dollars was ridiculous, unacceptable and unconstitutional and ZEC doesn’t understand it’s role.

Addressing a press conference in Harare on Monday, The NCA president Lovemore Madhuku said his party wants to contest in the 2023 election but his party doesn’t have money that ZEC requires for candidates saying ZEC fees means that the democratic processes are going to be restricted to those with resources.

He said it would be easy for dominant parties such as Zanu PF to pay the fees, while smaller parties would struggle.

“Zanu PF has resources to do that and it’s funded by many corrupt people in this country. Just two corrupt businessmen will be able to fund all expenses. Our other dominant colleagues have so many friends around the world,” Madhuku says.

“It’s much more difficult in this country for a political party party to raise half a million for elections except ZANU PF and the major opposition that is funded by their Western friends,” he added.

“I have a right to stand as a presidential candidate, and I don’t want to negotiate that, no one is supposed to approve. It (ZEC) has no powers to be involved in making such fundamental decisions regarding who stands and who doesn’t stand as a candidate,” Madhuku says.

Madhuku also said ZEC prices will limit the number of women who want to obtain public offices.He also asked if young people will be able to afford ZEC fees. The Constitution says every Zimbabwean is entitled to vote and hold public office.

However, Madhuku said he will engage POLAD. He also thinks ZEC made a mistake and it can be easily corrected.

Women’s Institutions also blasted ZEC for the fees hikes with the Women’s Academy for Leadership and Political Excellence (WALPE) saying though ZEC released the information early to provide time for preparation for aspiring candidates and political parties, the amounts are beyond reach for many aspiring female candidates.

WALPE is however appealing ZEC to immediately reveal and revise downwards the fees to accommodate aspiring leaders and to uphold and preserve the right to freely participate in elections through ensuring that they are accessible to candidates through reasonable fees.

Institute for Young Women and Development team leader Granis Changachira also said women and the youth cannot afford to be candidates and have representation with such high nomination fees. “This is a reversal of historical gains made over time by our Zimbabwean black government to allow women and youth to participate in developmental processes. Zec must reverse the fees, she added.

Meanwhile, the Zimbabwe Lawyers for Human Rights has since been instructed by opposition leader, Egypt Dzinemunhenzva, pro democracy activist Tapiwanashe Chiriga as well as Kataza Mhondoro demanding that ZEC should withdraw the exorbitant nomination fees the Commission gazetted last week.

ZEC Fares Hike Did Not Pass Through POLAD: Madhuku

By Chelsea Mashayamombe HARARE - National Constitutional Assembly(NCA) leader Lovemore Madhuku says the Zimbabwe Electoral Commission (ZEC) does not have powers to hike nomination fees for election candidates adding that the decision to hike the nomination...
Share via
x
More Information