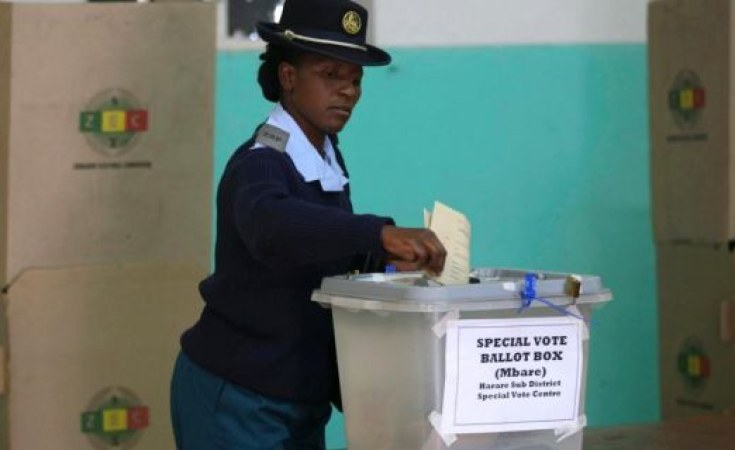 HARARE – The Zimbabwe Electoral Commission (Zec) has begun an intensive voters roll cleansing exercise to address standard errors in various constituencies and wards since 2017. The exercise has seen more than 23 000 people being advised of various errors that must be corrected as the country prepares for the 2023 harmonised elections.

In a Government Gazette dated July 1, Zec chief elections officer, Mr Utoile Silaigwana said the alteration was meant to fix errors that are existing in the present roll. “It is hereby notified in terms of section 35(2) of the Electoral Act [Chapter 2:13], that the Zimbabwe Electoral Commission has altered the voters roll for the constituencies and wards listed to correct errors contained therein …” Silaigwana said.

“By the means of this notice, notification is made to any voter whose name appears in the first schedule who may have an objection to the alteration/correction to lodge an objection at the Zimbabwe Electoral Commission Mahachi Quantum or at respective commission provincial and district offices to the inclusion of his or her name not later than seven days from the date of publication of this notice.”

Altogether 23 108 voters were advised to correct mistakes or errors that exist in their wards ahead of next year’s elections in an exercise that the Commission’s spokesperson Mr Jasper Mangwana said is designed to enhance its operations.

“In terms of the notice of alteration of the voters roll, anyone with an objection must appeal to a designated magistrate of the province in which the name appears. That should be done within 7 days,” he said.

He said the commission has no powers to alter details of persons on the voters’ roll without their consent.

HARARE - The Zimbabwe Electoral Commission (Zec) has begun an intensive voters roll cleansing exercise to address standard errors in various constituencies and wards since 2017. The exercise has seen more than 23 000 people being advised of various errors ...
Share via
x
More Information