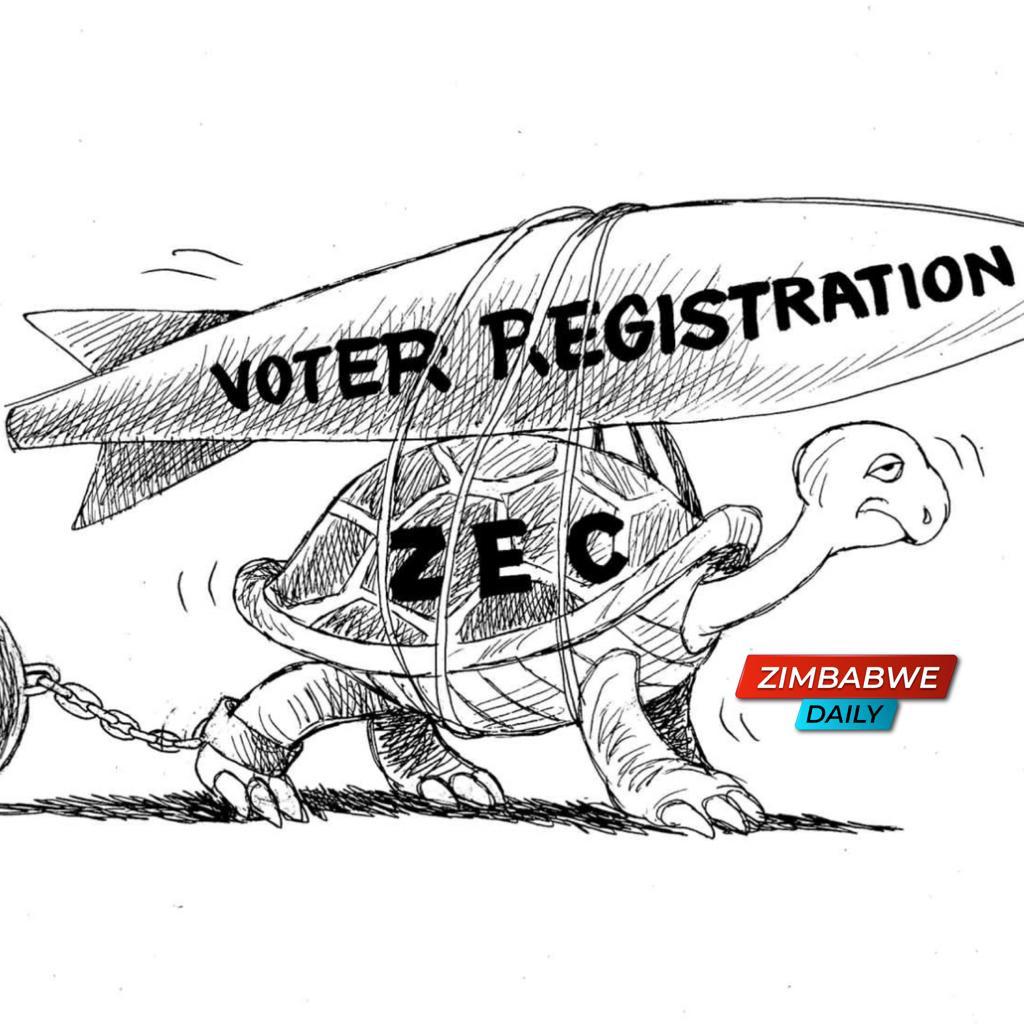 HARARE – The suspension of the December 6 voter registration blitz by the Zimbabwe Electoral Commission (Zec) has raised concern amid suspicion that it could be the work of a hidden political hand meant to block unregistered youths from participating in the upcoming by-elections.

“ERC notes with dismay at the postponement of the voter registration blitz scheduled to begin on December 6, 2021, which was aimed at addressing under-registration and affording new voters, who have turned 18, a chance to register.

“Voter registration is arguably one of the most important pre-election activities as it ensures equitable participation in elections, enhances voter turnout and impacts on the delimitation of constituency boundaries,” the ERC statement read.

The election lobby group said COVID-19 had already brought problems to the administration of voter registration and the country could not afford to take any more chances on the matter.

“With murmurs of a (COVID-19) fourth wave hitting Zimbabwe after the festive period, the postponement of the December voter registration blitz is a missed opportunity,” ERC said.
It said the voter registration blitz was an opportunity for Zec to take advantage of the low COVID-19 infection rates, implement and test the effectiveness of their COVID-19 policy on electoral activities and overcome the challenges induced by the pandemic.

Political analyst Rashweat Mukundu said the move by Zec to cancel voter registration was a clear indication of a sinister agenda by the electoral commission’s suspected handlers.
“It confirms the concerns of the opposition and civic society and lack of trust that the public has on Zec,” Mukundu said.

“The postponement is part of the political manipulation and an intention to suppress the vote, especially the youth vote, and there has been a lot of vibe, especially on social media mainly by opposition parties for young people to vote. Zanu PF is very much aware that this registration process, especially for young people will not turn out in its favour at the ballot.

“So, the intention is to make an announcement intended to pacify the opposition, civic society and the international community and renege on those promises. It is a clear indication that Zec is not independent in its planning and thinking, and was likely getting instructions from somewhere on how to act. Without a coherent response and explanation on why it is doing this, we can certainly see the political manipulation from especially Zanu PF,” he said.

Over the weekend, six MDC Alliance supporters were arrested in Epworth and are expected to appear in court today. Their lawyer, Darlington Marange said police initially wanted to charge them for unlawful gathering, but changed to assault.

“They are changing goalposts; they initially said they wanted to charge them for unlawful gathering, but have changed,” he said.

In June, three MDC Alliance Bulawayo youths were arrested conducting a door-to-door voter registration campaign, while over 70 opposition supporters were arrested in Chitungwiza in October undertaking the same exercise.

On the arrest of the six in Epworth on Sunday, MDC Alliance chairperson for Harare province Wellington Chikombo said: “The police have decided to be co-opted into the Zanu PF system and, therefore, abdicating their responsibility by acting as an appendage of this party. They must follow the law and ensure they uphold the Constitution without fear or favour.”

HARARE - The suspension of the December 6 voter registration blitz by the Zimbabwe Electoral Commission (Zec) has raised concern amid suspicion that it could be the work of a hidden political hand meant to block unregistered youths from participating in th...
Share via
x
More Information