Zelenskyy open to talks with Russia — on Ukraine’s terms 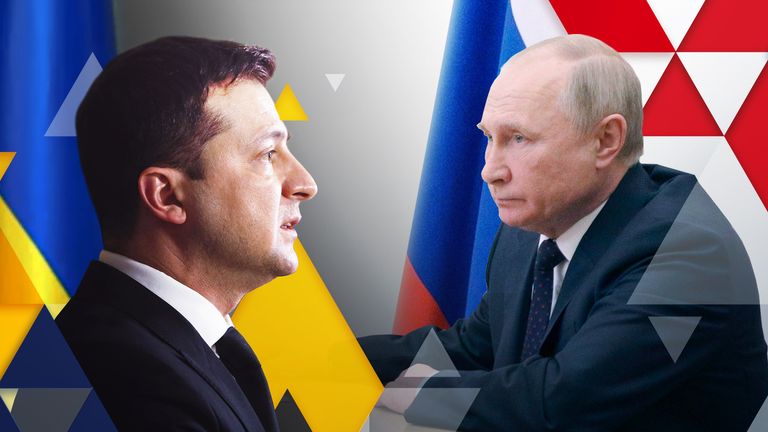 RUSSIA – Ukraine’s president has suggested he’s open to peace talks with Russia, softening his refusal to negotiate with Moscow as long as President Vladimir Putin is in power while sticking to Kyiv’s core demands.

Volodymyr Zelenskyy’s appeal to the international community to “force Russia into real peace talks” reflected a change in rhetoric. In late September, after Russia illegally annexed four Ukrainian regions, he signed a decree stating “the impossibility of holding talks” with Putin.

But the preconditions the Ukrainian leader listed late Monday appear to be non-starters for Moscow, so it’s hard to see how Zelenskyy’s latest comments would advance any talks.

Zelenskyy reiterated that his conditions for dialogue were the return of all of Ukraine’s occupied lands, compensation for war damage and the prosecution of war crimes. He didn’t specify how world leaders should coerce Russia into talks.

Western weapons and aid have been key to Ukraine’s ability to fight off Russia’s invasion, which some initially expected would tear through the country with relative ease. That means Kyiv cannot ignore how the war is seen in the U.S. and the European Union, according to political analyst Volodymyr Fesenko.

“Zelenskyy is trying to maneuver because the promise of negotiations does not oblige Kyiv to anything, but it makes it possible to maintain the support of Western partners,” Fesenko, head of the Kyiv-based Penta Center independent think tank, said.

“A categorical refusal to hold talks plays into the Kremlin’s hands, so Zelenskyy is changing the tactics and talks about the possibility of a dialogue, but on conditions that make it all very clear,” he added.

While support for Ukraine has garnered strong bipartisan support in the U.S. Congress, a growing conservative opposition could complicate that next year if Republicans take control of the House in Tuesday’s elections.

Recent comments by Republican Leader Kevin McCarthy that lawmakers would not cut a “blank check” to Ukraine reflect the party’s growing skepticism about the cost of support.

Zelenskyy open to talks with Russia — on Ukraine’s terms

RUSSIA - Ukraine’s president has suggested he’s open to peace talks with Russia, softening his refusal to negotiate with Moscow as long as President Vladimir Putin is in power while sticking to Kyiv’s core demands. Volodymyr Zelenskyy’s appeal to ...
Share via
x
More Information